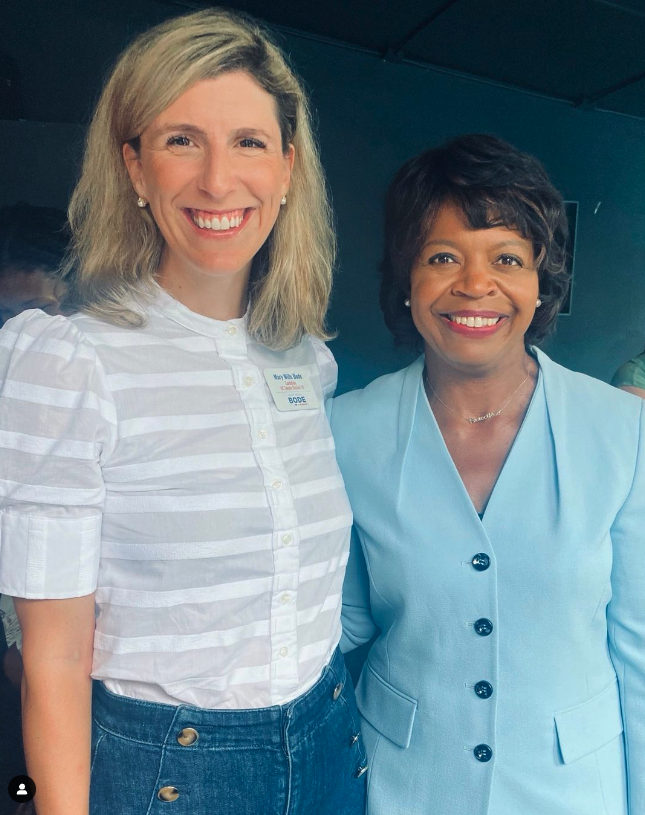 Community caring has been a family value for Mary Wills Bode literally all her life. The week before she was born. her mother, Lucy Hancock Bode, showed up as the only woman at a meeting of the Raleigh Durham Airport Authority, and Lucy showed up at the meeting after Mary’s birth, too. In fact, she never missed a meeting through the entire nine months of that pregnancy. Mary’s mother became the North Carolina Secretary for the Department of Health and Human Services. Her father, an Army veteran and a lawyer, graduated from West Point Academy.

Mary Wills Bode continues the family tradition, running for NC Senate in the newly drawn District 18, which comprises Wake and Granville County. She has worked to bring more diversity and political power to rural North Carolina. She’s also been endorsed by Lillian’s List, based in Raleigh.

“She’s fully aligned with our values,” said Sarah Preston, executive director of Lillian’s List of NC. “She has a strong commitment to reproductive freedom and an ability to advance gender equity.”

Bode has received training from Lillian’s List on how to prepare her life for the rigors of campaigning. Lillian’s List provides six to ten trainings a year for a $25 fee, and their PAC fund-raises for candidates that align with their mission.

“She also has legal and nonprofit experience, and she’s been active in nonpartisan redistricting. She’s a progressive woman,” Preston said. “We want to make North Carolina a great place to be a woman.”

Find all the candidates that our members in Granville County endorsed here!

Check to make sure you are registered to vote!