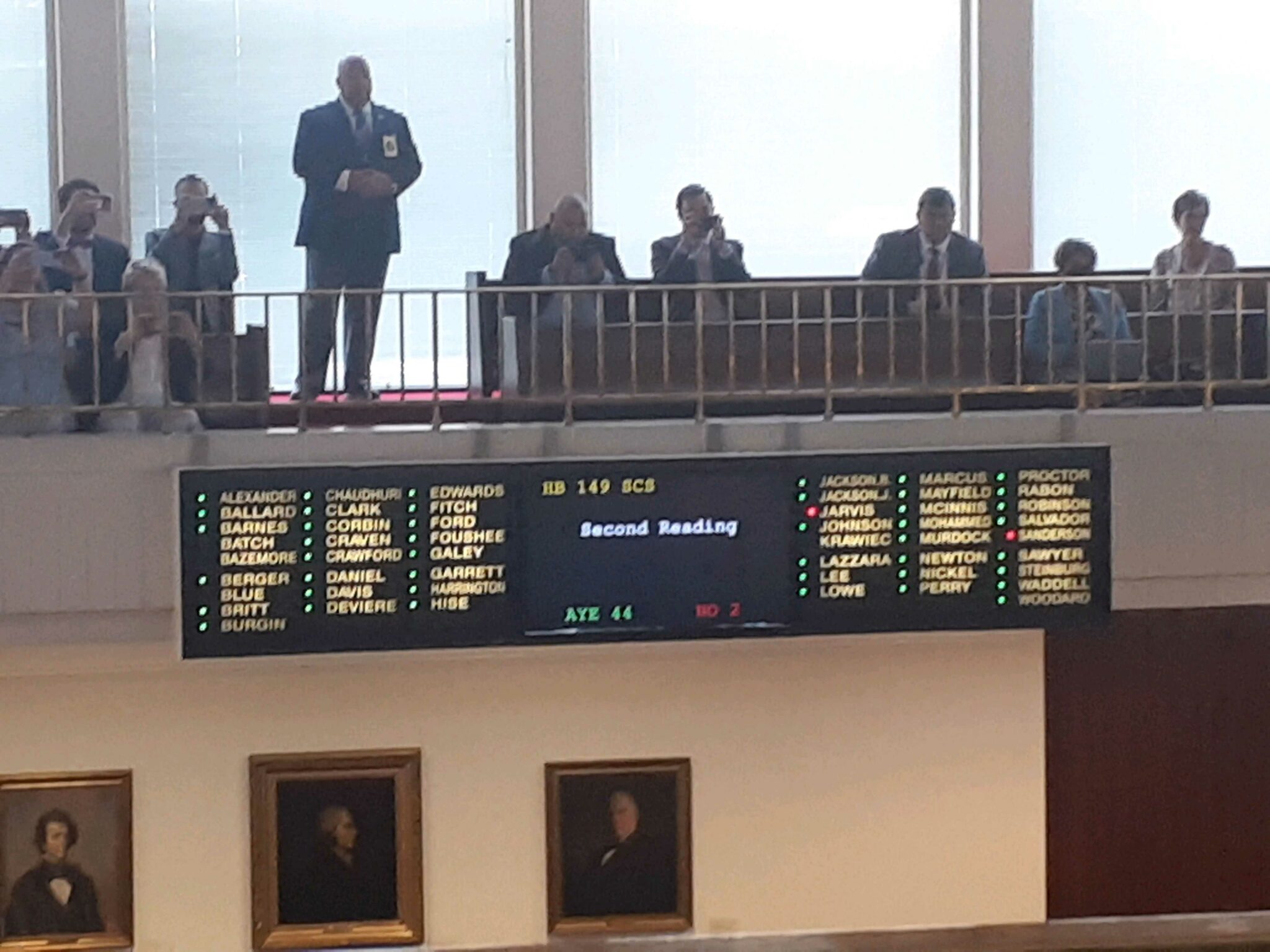 Down Home engaged in thousands of conversations with rural North Carolinians from the mountains to the coast this year. As in previous deep listening canvasses, we heard over and over again that working families lacked health insurance, were unable to afford a doctor’s visit or medication, had insurmountable medical debt, and were frustrated that the government has continued to fail to help them.

For nearly 10 years, our elected officials have refused to expand Medicaid in North Carolina, denying coverage to over 600,000 of our neighbors– including many, many Down Home members– living in the healthcare gap. This year, we upped our game in the fight for Medicaid expansion by bringing out members to Raleigh to speak directly with their representatives and advocate for themselves.

The people we engaged were everyday, small town residents– many of whom had never been involved in advocacy efforts before this moment. These hometown healthcare activists published opinion pieces in their local papers, wrote letters to the editor, spoke at press conferences, and engaged through dozens of advocacy trainings, educational programs, lobby visits, and personal letters to legislators.

We made it further than we ever have: Both sides of the aisle publicly pronounced their support and introduced bills that would expand Medicaid. While these failed to be reconciled, both Democratic and Republican leadership are now on record committing to expansion.

In 2023, we are going to hold them to their word and push Medicaid expansion over the finish line!

Ready to push Medicaid expansion over the finish line?

Contact Christine to get involved in the new year