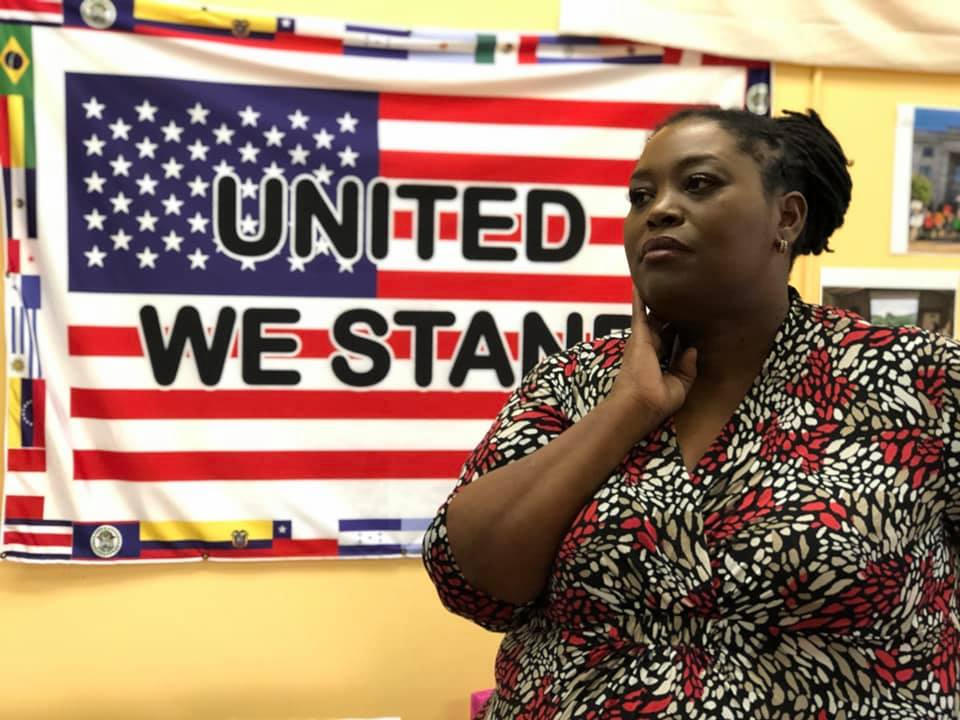 It is hard to believe that it has been four months since I took the helm at Down Home North Carolina.

I’ve been a part of this organization much longer than my tenure as co-director, of course. It was four years ago that I joined Down Home as a member when the organization was just starting out, knocking on doors in my home of Alamance County. After organizing as a member for a few years, Down Home endorsed me as I ran as the first Black woman candidate for Alamance County Commissioner. After the campaign, I joined Down Home as an organizer —  and now I get to write to you with all that perspective and as part of our strong leadership team.

In the last four months, we have had some significant wins. We have pushed for policy that will benefit poor and working people across North Carolina. Our members contacted their representatives, wrote Letters to the Editors, and rallied to push for the huge bipartisan infrastructure bill that just passed the Senate this week. We’ve sued to remove Confederate monuments. We’ve moved money through our bail funds to get poor folks released. We’ve helped develop the North Carolina People’s Budget and every day we are advocating for healthcare, housing, and workers’ rights to be prioritized in our home state.

We are going to keep fighting. Our members in Alamance County are running a powerful campaign to get a public defenders office for more just representation of low-wealth county residents. Our members in Cabarrus are working in coalition to re-imagine the role of District Attorneys. Our members statewide are pushing back against a state budget that fails, yet again, to include Medicaid expansion. Many of you will be joining us this weekend to train up and sharpen your skills so we can get even more work done in the coming months and years.

We are getting stronger. I am proud to report that I began my tenure as co-director by investing in support from both racial equity and management experts to work with our staff on improving Down Homes work and organizing culture. I have had the honor of recognizing and celebrating the unionization of our staff, working with our dedicated and hardworking management team, and providing the funding for ongoing professional development for everyone on our team.

I have also had space to build out a new vision for a growing Down Home that will provide more support for our organizing through a regional team-based model. Already, we have been able to begin the process of hiring a new position of organizing manager, with more roles to come. We are building growing partnerships and coalitions; we have recently launched two deep canvases that hold real promise for base building and moving people towards the type of solidarity that is going to get things done.

“Getting things done” means something to me. I’m a working-class Black woman in the South who, against all odds, has raised up a family, navigated the criminal justice system and low-wage jobs, and landed here leading Down Home– a place I know I was meant to be. I know from my experiences that none of this work is easy. There are major forces against us. The “good old boy” network is fighting hard to hold onto power, corporate money still infects politics, and white supremacist culture continues to grip our communities. The resistance to our movement– the resistance to my own leadership as a working-class Black woman– is strong and if I am being honest, there are days I want to give up. But I haven’t.

Thank you for trusting in my leadership and for joining me in refusing to give up,