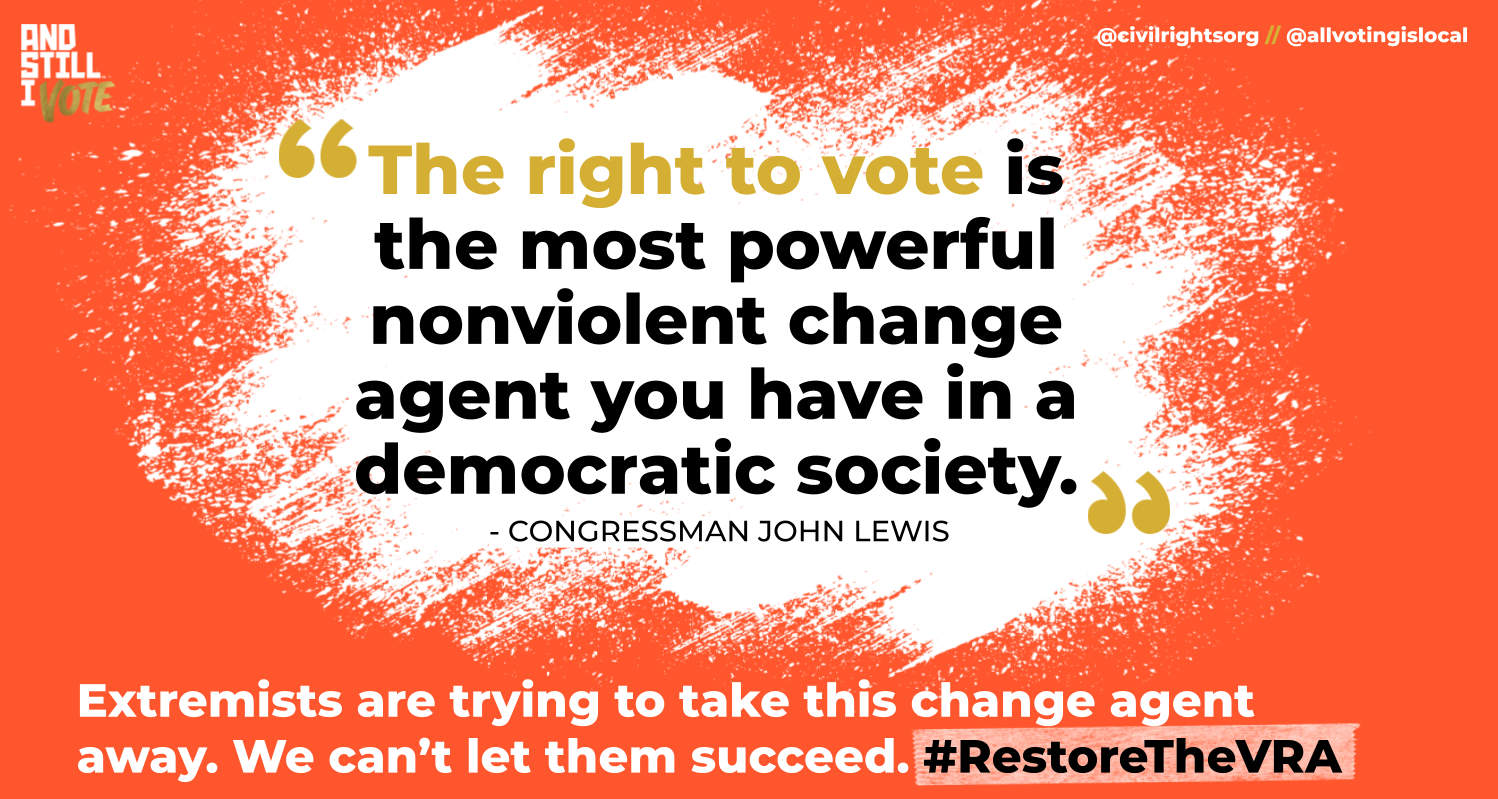 Whatever our color, background or zip code, most of us believe that voters pick our leaders – our leaders do not get to pick their voters. When it comes to our elections, we want a transparent process we can trust, where Americans have equal freedom to vote, whether we live in a small town or big city, the south or the north. But today, a handful of extremist politicians put up barriers to silence our voices based on what we look like or where we live. It’s time to enact national standards for voting to ensure all of us have a say in key decisions like pandemic relief, health care, and bolstering our economy. Together, we can ensure Americans can safely and freely cast our ballots so that every voice is heard and our elections reflect the will of the people.

This past November, despite the pandemic and deliberate barriers to voting, from day-long lines to attempts to eliminate dropoff locations, voters turned out in record numbers to have our voices heard and elect leaders who will govern in our name. In the months that followed, certain politicians peddled electoral lies that fueled a deadly attack on our Capitol by armed right-wing militants. Having lost both the election and the attempt to undermine it, many of these same leaders have doubled-down on attempts to silence us by erecting new barriers to voting and thwarting attempts to make ours a true democracy. Compared to last year at this time, state legislators have introduced four times as many bills to restrict people’s basic right to vote. Together, we must fight back against these attacks and pass national standards to make the promise of our democracy real for us all.

We all have a role in protecting the freedom to vote. Over the next few months, Congress will have the opportunity to pass two companion bills to protect our right to vote.

The first, the For The People Act, will protect our freedom to vote by making sure that voting options are equally accessible across all 50 states, make sure our voices are heard by preventing billionaires from buying our elections, and ensure we can elect leaders who govern in our interests by having congressional districts drawn to give fair representation for all.

Second, The John Lewis Voting Rights Advancement Act, would strengthen the freedom to vote for Americans across race and region by making sure that attempts to create barriers to the ballot box that discriminate against voters based on color, background, or zip code get federal review, so we all have an equal say in our future. This bill would restore the full strength of the Voting Rights Act of 1965, the most important piece of civil rights legislation ever passed.

To build the mulitracial, working-class power we need in rural North Carolina, we must continue to keep up the momentum and the fight, including advancing a narrative that highlights the importance of the bill and pressure Congress to pass this legislation.