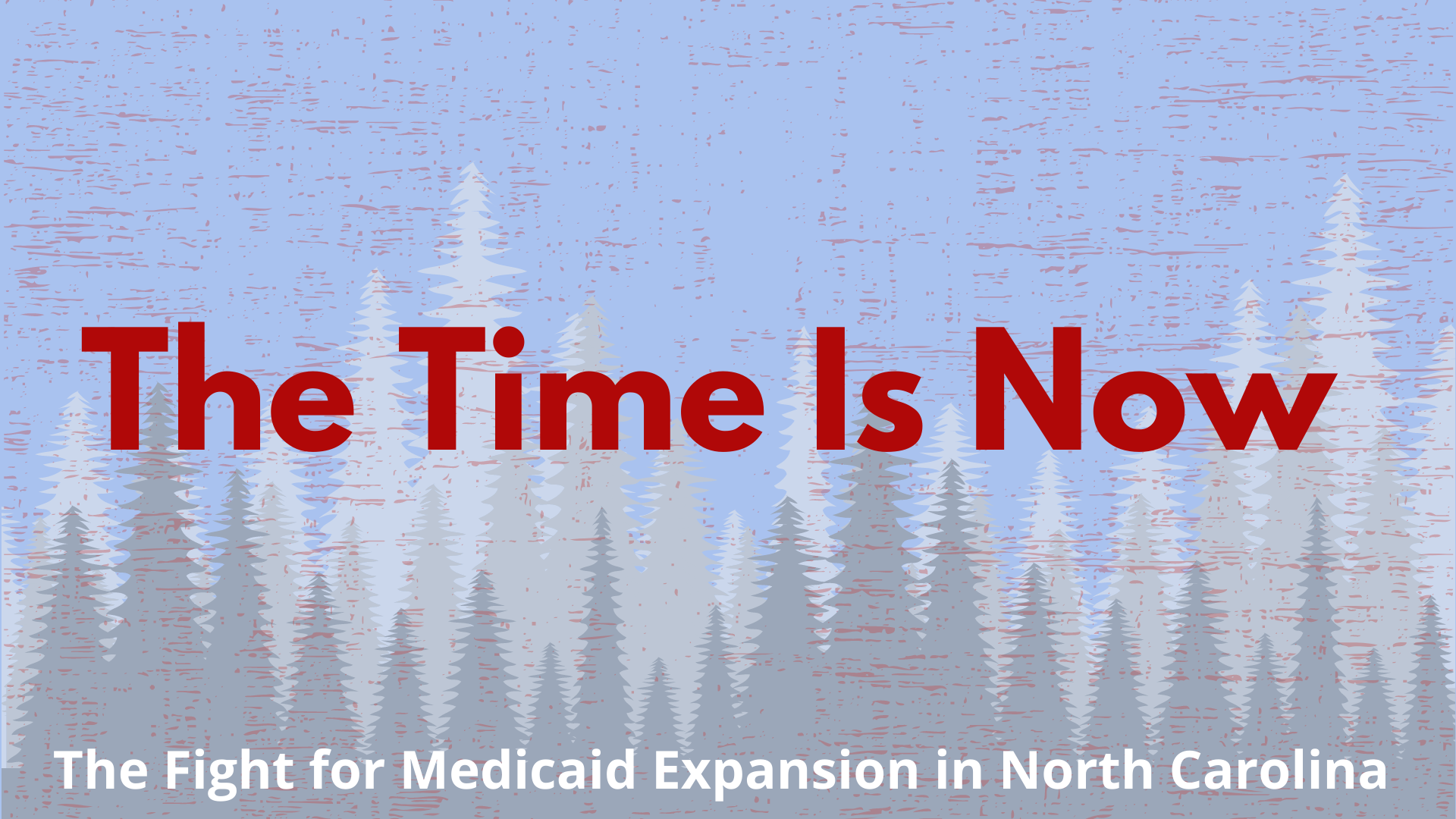 By Gwen Frisbie-Fulton and Gayle Schwartzberg

Tara drops her children off at her mother’s every morning before going to work at a local grocery store. She spends her shift behind a plexiglass shield wearing gloves and a mask, ringing up groceries. It’s awkward behind the mask because she likes to be able to smile at her customers. But Tara also admits she smiles less these days because she, like over 1 million other North Carolinians, is uninsured. She lives in fear of contracting COVID-19, bringing it to her children, who could then spread it to her aging mother. She has no idea where she would get the money to go to the doctor for care.

North Carolina is one of 12 states that have not expanded Medicaid, creating the healthcare gap that Tara lives in. The North Carolina General Assembly has named costs as the reason for not taking action. However, right now, Congress is preparing to pass a new COVID-relief bill that includes a financial incentive for states like North Carolina.

This incentive will increase the percentage of standard Medicaid costs covered by the federal government by 5%. With 2.1 million North Carolinians currently receiving their health coverage through Medicaid, this would bring over $2.4 billion into the state over the next two years.

In other words, if the NCGA agrees to expand Medicaid, the incentive would cover the cost of expansion in North Carolina five times over.

If the NCGA agrees to expand Medicaid, the incentive would cover the cost of expansion in North Carolina five times over. #MedicaidExpansion #TheTimeIsNow Click To Tweet

Tara, whose name we changed to protect her privacy, lives in Swain County but you could find her story anywhere in our state. More than 682,000 working North Carolinians live in the coverage gap, earning too much to qualify for Medicaid but far too little to buy insurance on their own. Some are small business owners, others are independent contractors, and many are service workers. They all share the experience of being unable to go to the doctor when they are sick.

This cruel reality has become even more common at a time when people need healthcare the most. Layering crisis upon crisis, 550,000 North Carolinians have lost their employer-sponsored health insurance in the last year due to job loss from the pandemic. 240,000 of these individuals would still have health insurance had the NCGA already expanded Medicaid.

North Carolina’s failure to expand Medicaid has consequences that trickle out far beyond the personal crisis it creates for workers. Seven rural hospitals in communities similar to Tara’s have closed in the last decade, limiting everyone’s access to care.  Expansion would help keep this lifeline for local residents available. While Tara has kept her job through the pandemic, many of her neighbors have not been so fortunate. Closing the coverage gap would provide hope to these economically ravished regions by creating 43,000 new jobs across North Carolina in the first five years through expanded services, reopening hospitals, and building this renewed infrastructure. Currently, North Carolina is ranked 47th in the nation across metrics of health care cost, accessibility, and outcomes. With the new Federal incentive laid out in Congress’s COVID relief package, North Carolina would have the opportunity to catch up with national standards.

Reopening hospitals. New jobs. Reduced insurance costs. Giving essential workers access to a doctor when they are sick. Medicaid expansion is both fiscally advantageous and humane. This new Federal incentive will likely be on the table by March. If the NCGA continues to refuse to expand Medicaid, we will know that they value ideology and partisan politics over the health and wellbeing of working families.

Want to get involved in the fight to expand Medicaid in North Carolina? Contact Gayle at [email protected]

Ready to take action, like right NOW? So are we. Join us Wednesday, February 24th at 5:30 PM to start planning with us! This meeting is online. Register here.