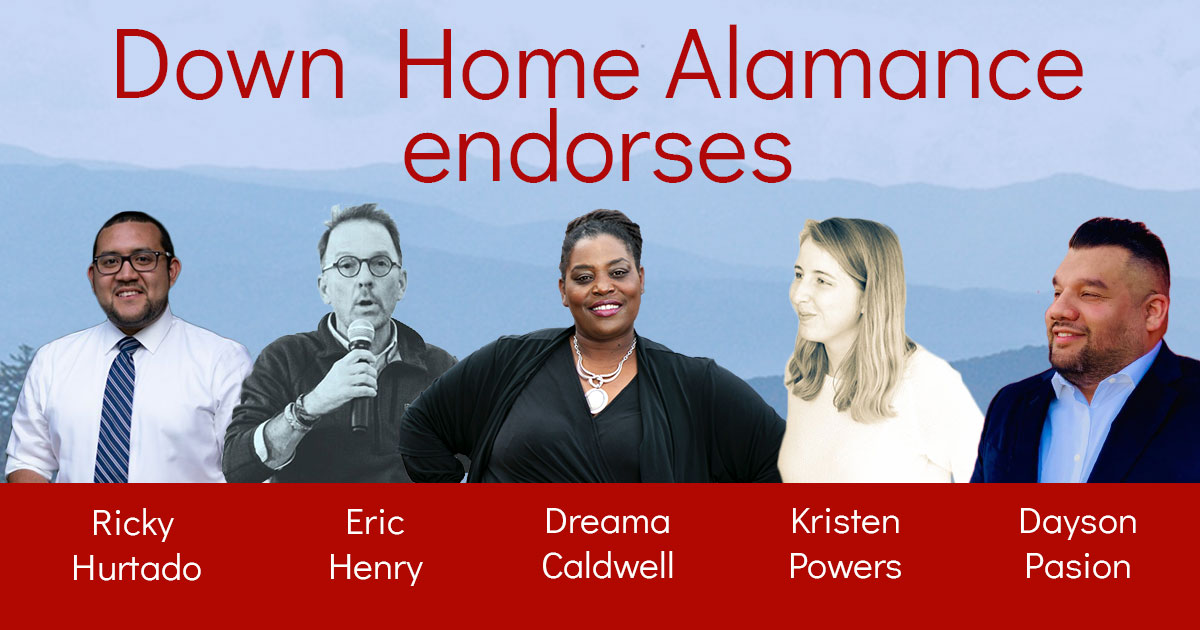 It’s not every day that a small rural county like Alamance makes the national news.

But that is what happened this summer when big cities and small towns alike rose up in protest demanding justice. Alamance County was no exception: Marches were held in Burlington, Graham, Mebane, and Saxapahaw. It wasn’t our marches, however, that got us national attention. Instead, it was the response of local officials who were doing everything they could think of to shut down the protests.

As with the Confederate monument erected last century in front of the Graham courthouse, the response of those currently in power sent a clear message: This county was not made for you.

But that message isn’t true. Alamance County is our home. We live here, we work here, and we are raising our families here. So it is time to vote out those who would bar us from government and instead elect those who will include us.

In 2020, we have the opportunity to make history. We can vote for candidates who know what it’s like to barely get the rent in on time, to work a second job, and to wonder if their lives are valued in a political system that always has favored the rich and powerful. We can vote for candidates who would fight for the things we need because they are things that those candidates need as well: Full funding of our public schools, the immediate expansion of Medicaid, real reforms to our criminal justice system, and access to government for us all, no holds barred.

After interviewing candidates throughout the county, Down Home Alamance members voted to endorse:

*Click on the candidates name to learn more about them!

These candidates are familiar faces to most of us. Each is a tireless community advocate whom we see regularly at City Council meetings, community meetings, schools, and churches; each often attends marches and protests. Collectively, they are the candidates who know us because they live in the neighborhoods we live in and this makes them our own.

“This is what a movement looks like,” said one Down Home member.

In North Carolina this year, Alamance County became a symbolic battleground of the Old South versus the New South. If Alamance County makes the national news again, let’s make sure it is because we, the people, took charge.

Want to help connect your friends and family with candidates like Dreama, Kristen, Ricky, Eric, and Dayson who reflect their values and needs? Volunteer for Down Home’s Relational Voter Turnout Project.