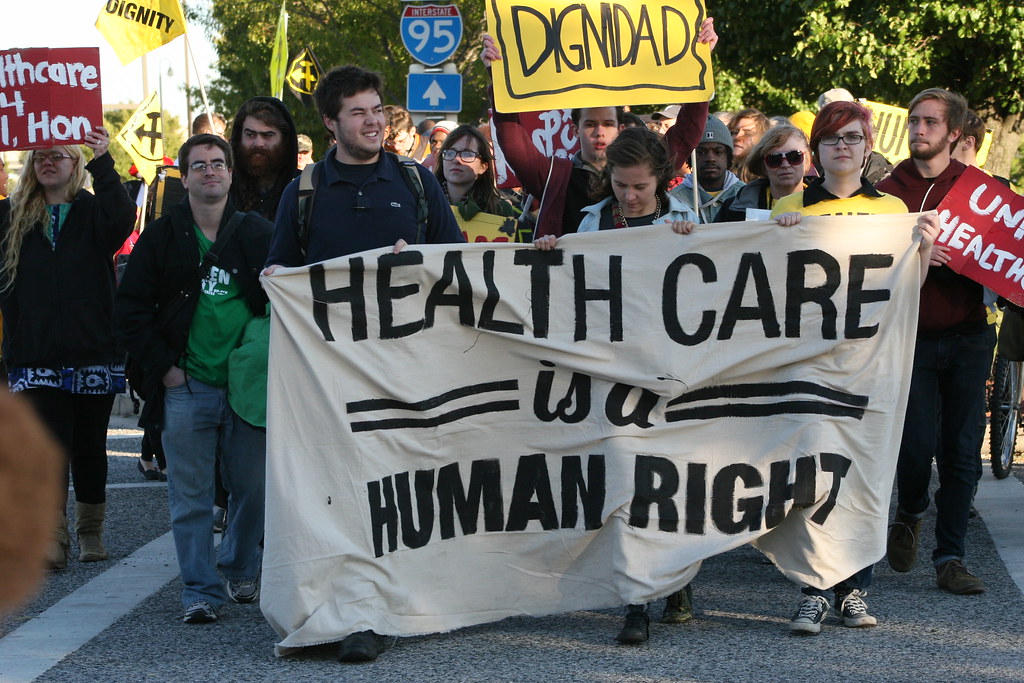 A Failure to Expand Medicaid

The South represents the majority of states that did not expand Medicaid, North Carolina being amongst them.

As a recent Kaiser Family Foundation report demonstrates: “Most people in the coverage gap live in the South, leading state decisions about Medicaid expansion to exacerbate geographic disparities in health coverage. In addition, because several states that have not expanded Medicaid have large populations of people of color, state decisions not to expand their programs disproportionately affect people of color.”

We have seen this in North Carolina. Here, 10.7% of residents are uninsured. This includes 29.7% of the state’s Hispanic population, 18.6% of its American Indian population, 10.7% of the Black population, and a 9.8% uninsured rate in the White population. This impacts our rural Southern communities in incredible and detrimental ways.

In 2019, John Commins reported that, “Since 2005, 162 rural hospitals have shuttered, with 60% of the closures occurring in Southern states that did not expand Medicaid enrollment.” Here in North Carolina, we know that 40% of our rural hospitals are in the red with the situation only getting worse. The dollars that we have lost due to our state’s refusal to expand Medicaid is absolutely to blame.

What do these high uninsured and hospital closure rates means for North Carolina’s rural communities? It means unnecessary deaths, particularly as it relates to race and class.

Never has this gross disparity been more obvious than during COVID-19.

Like many other states tracking the racial demographics of COVID-19 cases and deaths, North Carolina is seeing a disparately high impact on black residents. As late May 2020, 1,086 Black people in our state had tested positive for COVID-19. That accounts for 39% of the 2,781 cases where the race of the patient was known. However, North Carolina’s population is 22% Black. The same pattern has extended to deaths, with Black people accounting for 27 of the state’s 69 COVID-19 deaths (where race was known) or 39%.

The high number of deaths and illness among people of color in North Carolina is not unexpected. For one thing, they’re a result of long-term, systemic deficits in our healthcare system. And it’s not surprising that working class people across race are dying at higher rates because they work in jobs that were devalued as low wage jobs– the same jobs that are now deemed essential (grocery store employees, meat packing workers, farmworkers, and childcare providers) at a time when the wealthier population is able to stay home.

Before we knew this data that demonstrates the disparate impact, there was a sense in North Carolina that people were embracing the stay-at-home orders to stop the spread of Covid-19. But now we’ve now come to see armed provocateurs parading in Raleigh to end the lockdown. How did the attitude toward the pandemic crisis shift so greatly?

The crisis of Covid is another example of the deep, long-held injustices in this country around race, wealth, and access to care. In the beginning of the pandemic, before we had a clearer understanding of who was getting sick and who was dying, it felt like there was a message of unity–we are going to stay at home and keep all of us safe while we weather this storm. And yet, once data started to emerge that people of color were dying at higher rates, and that working class people across race were forced to make horrible choices around going to work because they needed to feed their family vs staying at home and not having enough money to support their family–than the message of being in this together started to fray.

Now as COVID-19 continues to spread, white supremacists are seizing upon the economic uncertainty and racial scapegoating as a new and powerful addition to their arsenal. It’s easy to dismiss the anti-lockdown protests as fringe: Many people involved in that movement are legitimately concerned for their economic well-being and concerned for the state’s future. But there is a much larger issue at play that existed long before COVID and we need to not let extremists seize upon this moment to capitalize on pain and fear. These actors will use a tired old playbook where they will offer up scapegoats to blame for the economic precarity, including immigrants, Asians, and people of color.

We must not fall for these false divisions. Lots of people don’t have the ability to stay home from work and are fearful of the risk they’re running with COVID. However, when we start to blame each other, or blame Asians, or blame immigrants for this terrible situation that we’re facing, then we’re falling into a trap that really only benefits a small percentage of people: those who have money. Promoting racial division is one of their top tactics, and that works to keep us from uniting as working people.

There are more humane ways to deal with this moment to ensure that all of us are taken care of and we can take a hand in building a North Carolina where we all have healthcare and where our government values the essential contributions of working people through robust paid family and sick leave and by raising the minimum wage. But to get to this place we need to be clear-eyed around what the real solutions are and who is really responsible for all this pain, so that we emerge from these crises stronger than we were before.

Join the fight to expand Medicaid in North Carolina. Tell the NCGA that working people– especially folks doing essential work during COVID19– deserve to be able to go to the doctor. Sign the petition today.

Get involved locally. Contact your local Down Home organizer to find out how you can get involved in Down Home’s local work, gear up for the 2020 elections, and fight white supremacy. Find your local chapter here.