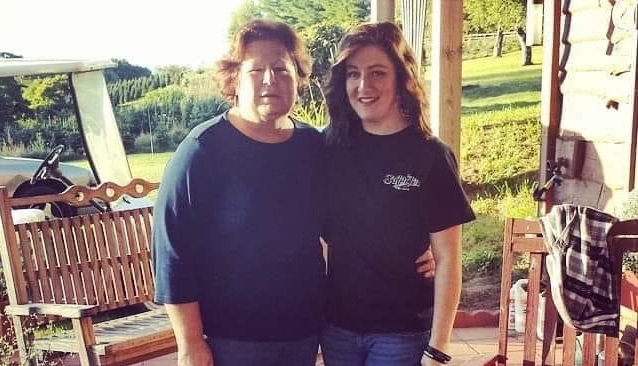 Ever since I was a child, I’ve suffered from chronic migraines. Last August, I started getting multiple debilitating migraines a month, and by November I was getting 2-3 migraines per week.

I’ve been to neurologists, I’ve had CT scans of my brain, I’ve tried multiple medications. I’m not able to take regular anti-inflammatory drugs (NSAIDS) like Ibuprofen or Toradol, which have proven to relieve my migraines quickly in the past, because I also suffer from Ulcerative Colitis and NSAIDS cause further bleeding. The only solution that works every time is making a trip to the ER, being hooked up to IV fluids and getting the “migraine cocktail”, which is a combination of Benadryl, Phenergan and Toradol. But a visit to the ER usually takes between 2 and 6 hours, depending on how quickly the medication helps and how drowsy I become, and the doctors usually recommend going home to rest because I usually then experience a sort of “migraine hangover.”  Last winter, I was having to go to the ER multiple times a week and it became very difficult to also get to a job that requires you to look at a computer screen and answer phones under fluorescent lights all day. My employers were understanding, but ultimately, they couldn’t keep me due to my medical situation.

I worked at the university and had very good health insurance coverage– insurance that enabled me to seek treatment for my severe medical issues.

Once I lost my job, I lost that insurance. I researched possible plans on the Marketplace, wondering what I would do. But then I received paperwork in the mail to use COBRA in order to keep the health insurance I had when I worked at the university. I took a few days to compare that plan and its price to the plans and prices on the Marketplace, and ultimately COBRA was going to be the best bang for my buck: $582.36 per month.

I am very frugal and am careful with my budget, but nobody on a low income can afford nearly $600 on one monthly bill. COVID-19 has turned everyone’s life upside down, and I am no exception to that.  Ironically, because of the CARES Act funding supplementing NC’s historically low unemployment payments, I am currently able to afford my rent and health insurance, along with groceries, gas, etc.

But, my unemployment is set to end after the second week of June. I don’t enjoy being on unemployment and I often feel guilty that I am receiving a livable amount of money while there are people who are still working every day and end up taking home less than those of us on this supplemented unemployment. On the other hand, I am terrified to go back to work in the current pandemic given my health conditions.

My Ulcerative Colitis and arthritis makes my immune system compromised. I know that there are many people with illnesses putting them at a much greater risk than I, but I’m still terrified that when my unemployment ends and I have to find a job, I’ll be risking my health every day I work. When I lost my job this past winter I had planned on immediately applying to the casino- I had worked there before and the insurance is excellent- but they closed due to the pandemic. While they have recently opened back up, is it a job I could ever feel safe in?

I grew up poor in Glenville, NC and neither my parents nor myself ever had health insurance. The first time I had health insurance was when I went away to college and was required to have it through the school: Thats when I was diagnosed with Ulcerative Colitis. Since graduating college around 9 years ago, I have had about 4 jobs and a couple side gigs here and there in between. In between jobs, I always lost my health insurance. Without health insurance, I cannot get the medically prescribed  infusions every six weeks as I am supposed to or afford the other medications I am on. Without insurance, my pill medications alone cost roughly $3000/month. Because in the United States our health coverage is tied to employment, people lose their ability to go to the doctor between jobs– and we rack up debt that we may never overcome. Currently I owe more than $10,000 in medical bills.

Sometimes it feels like medical issues haunt my family. My mother was a chronically ill person since she was pregnant with me. When she was five months pregnant with me, she had to have emergency surgery to remove her colon completely in order to save her life. Before the surgery, the doctor told my dad that he would do everything he could but that he did not think he would be able to save “the mother and the baby”. In the surgery, they removed me (still in the amniotic sac) and laid me on her stomach/chest while they removed her colon. They put me back and I was born roughly 3 months later. The surgeon told my dad they had never done a surgery like that before.

This is a long way of explaining that my mother has been ill my whole life. When I graduated college in 2011, she was diagnosed with kidney cancer. She had been having kidney stones, blood in her urine and back pain for years prior, but because she did not have health insurance and couldn’t afford the bills, she never went to the doctor.. Ultimately, her pain got so bad that she was forced to go to the ER and that’s when the ultrasound revealed that there was a stone that filled ¾ of one of her kidneys and a tumor that filled ¾ of the other. She had both kidneys removed. Unfortunately, the cancer had already spread to her bloodstream before they removed her kidneys and later it reached her bones, giving her tumors throughout her entire body. My mom passed away in November of 2015 in a nursing home with no one by her side.

I honestly believe that if my mother had been able obtain health insurance and had been able to go to the doctor around when she first started having kidney problems, doctors may have caught her cancer much earlier than they did and she may still be alive today. After I was born, she was never able to obtain health insurance through her job or my dad’s job because of a pre-existing condition, and she didn’t make nearly enough money to afford private insurance on her own. When she finally was able to obtain disability and Medicaid, she was already dying. It was too late.

The healthcare system seems to work against low-income people and families and that those of us who have grown up, and still are, below the poverty line are risking losing our lives every day during this pandemic and outside of the pandemic as well. The healthcare system in North Carolina is what killed my mother, not cancer.

North Carolina needs to expand Medicaid. It could have helped my mother, it could help me– and so many others in our state– right now.