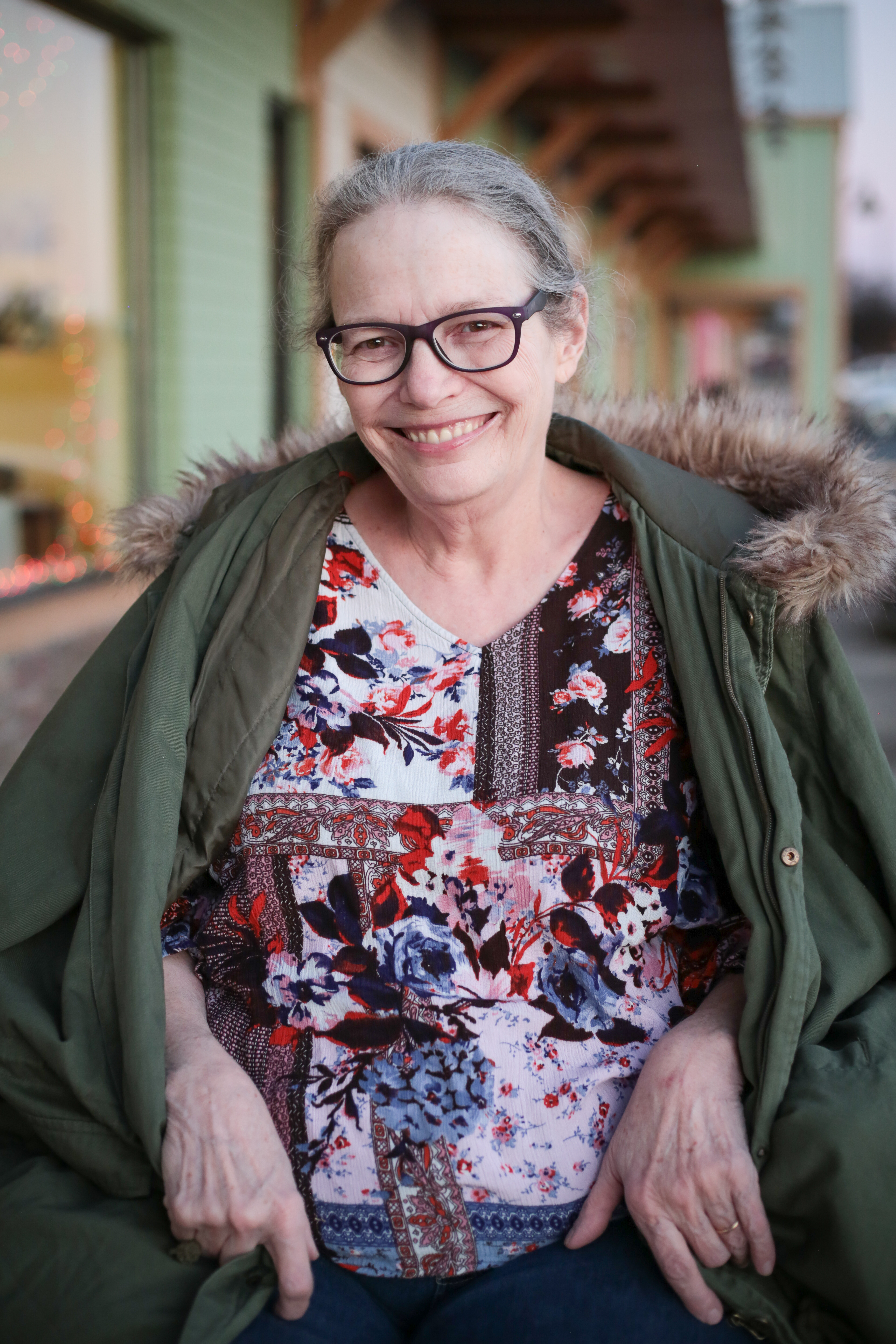 I was born in Kansas City, Missouri, but I’ve lived in Burlington, NC, for many years. My husband and I moved to Burlington to take care of his parents, which we did until they passed away.

I struggled with opioid dependency for more than two decades, and it’s an experience that almost took my life. After an unsuccessful attempt to get clean with Methadone, I went into a twenty-eight-day inpatient treatment at High Point hospital that Medicaid paid for, and that is when I got clean and stayed clean. I have been clean now for 22 years, and I owe my life to Medicaid. And for us to solve this opioid crisis, we must absolutely expand Medicaid.

Recently, I started to share my story of how I became clean with audiences ranging from town halls to meeting with my representatives in Raleigh and DC. What I’ve started to share recently has been really deep-down, and I’ve had to let myself be really vulnerable.  It’s been so important for me to do because Medicaid truly saved my life, and it could be saving so many more lives.

One of the things I’m most proud of now is that I’m a sponsor at Narcotics Anonymous. At NA, everyone has a place because somebody with a day clean can influence somebody just as much on any given day. I try to make our world a better place by spreading joy, being authentic and sharing what’s really going on. I believe everything works together in a greater plan.

Simply put, solving the opioid crisis in our state is going to take a clean expansion of Medicaid. That means no work requirements and no premiums for people who are already struggle with paying their bills. I’m living proof that many people will get treatment if they have access to it. We must give more people that chance, and we must do it now if we are really serious about stopping the opioid epidemic.

Through my work with NA, I have sponsored hundreds of people of the last two decades. I was at a meeting recently and one of my sponsees was there, along with her sponsee. They were sharing their experience with working the steps, and it was great to see people I’ve sponsored now helping others. I can say for sure that Medicaid saved my life because I could not have gotten treatment without it.

I sit in NA meetings and people walk in to get a cup of coffee who are homeless and have mental health problems. If Medicaid were expanded, more people would also be able to get mental health treatment they need.

One thing I have learned over the years is that sometimes I need to step up and be in charge, but sometimes I need to step back and wait. I have also learned that things just don’t always happen like you think they will. I had just gotten my dream job when I became disabled more than twenty years ago. I’d gone back to school and gotten a paralegal degree at a community college, and I went to work in domestic violence as a court case manager and a court advocate. I’m still hopeful about getting a part time job, but I’m sixty-four years old, so it’s going to be harder because of my age.

I see so many things people have to go through because they are sick and can’t get the care they need. I have a friend who has severe diabetes. She works 40 hours a week and she’s a peer assistant at a drug treatment center. But she can’t get health insurance. And I know lots of people like this.  I wish all of our elected officials could see the people who are dying from this lack of coverage. Because when you tell them that to their faces, that people are dying from this, they don’t see it.

I plan to vote this year in the municipal election, and of course next year. Let’s go ahead and pass Medicaid Expansion now. Don’t let political differences in the past or partisan politics keep you from voting for healthcare for all people.