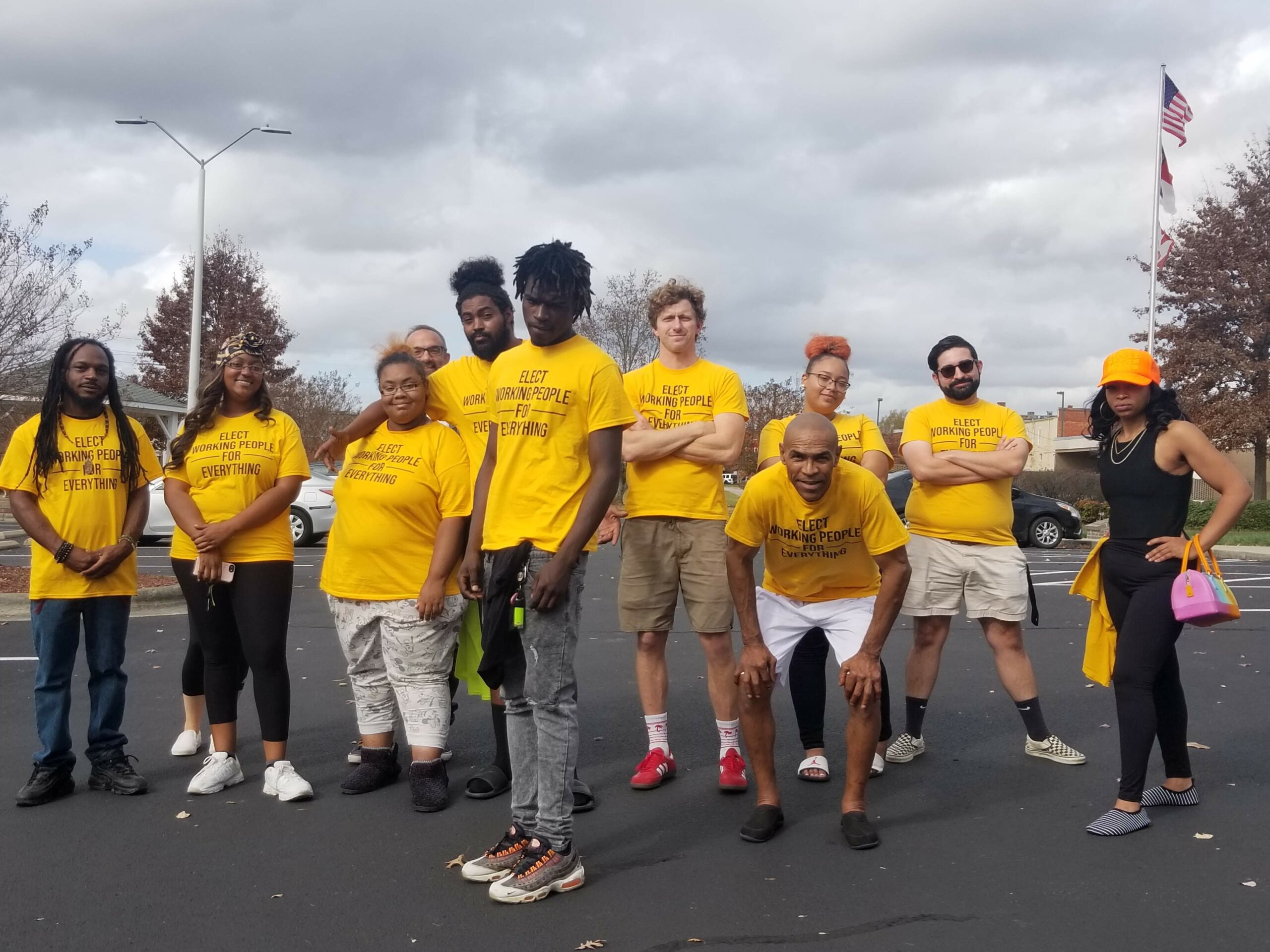 Above: Granville members getting ready to canvass.

William talks with his hands. To describe what he’s saying, he puts down his chicken salad sandwich and stands up.

“What we have done is put down a brick to start the foundation,” he says, placing an imaginary brick in front of him. “Every house, every mansion, has to start with that brick.”

He’s talking about the recent election in Granville County where he and a small team of local organizers mobilized voters to the polls. “I don’t remember when I slept those last few weeks,” he laughs. “We just kept on moving, kept on talking to people. I’ve never been more tired!”

It was worth it. Down Home’s local chapter – small, brand new, and in a very rural place – just elected Robert Fountain as the first Black sheriff in the county’s 276 year history. They didn’t stop there. They also elected Mary Wills Bode, cutting into the NC Senate’s GOP majority by defeating an ultraconservative Raleigh millionaire.

This didn’t always seem possible. Years ago, William left Granville County certain he wouldn’t return. “It felt like a trap. I saw generations stuck here. I thought: There’s nothing for me here except trouble.” He describes a local caste system where the families with old money have opportunity and “everyone else is just stuck.”

He did come back, however – the people he loves are here. He returned with fresh eyes, realizing that while his hometown might not have a lot happening, it could be a blank slate. “I saw there was a lot of opportunity, a lot of good people, and a lot of space. I came back and saw it as a choice, rather than a sentence.”

William took this energy into his work with Down Home, door knocking and having hundreds of conversations with his neighbors. He found that people – thousands of people – had the same concerns as he did. “Everyone is being treated unfairly. Everyone is hurting. No one is benefiting. We thought, hey, let’s not let the same people who have been benefiting from this system be in charge again. Let’s put that thought in the light.”

It worked. Fountain won the county by 1,314 votes – a Black progressive grassroots win in a county that otherwise goes red. Bode won the district by closing Granville’s margin to just under 1,000 votes and winning the district by 51.1%.

“We can all breathe a little bit now,” says community leader and Down Home member Courtney Crudup. She feels relieved at Fountain and Bode winning, but isn’t surprised by it.

Courtney also conjures the image of a house. To her, the house has an unfortunate foundation made from Granville’s racist history that will never go away. She is a straight shooter and cavalier: “The history will always be here,” she says, adding that they have to build right on top of that ugly legacy.

What changed in Granville for these wins to happen?

The demographics here are stable and the local population is growing at a rate slower than the state average.

“Nothing changed, just people were tired,” says Courtney. “Our county was on the news for scandals. It was embarrassing.”

Granville’s former sheriff was indicted in 2019 when he was accused of urging someone into kill a deputy he thought was about to expose his use of racist language. He is currently in jail for falsifying documents.

“So we went to people and said: Voting is power. We can choose to stay in corruption or we can try something else.”

Courtney says Fountain was the perfect candidate. He was an outsider to the sheriff’s department and not associated with its bad reputation. “He was just a regular guy,” she explains. “He ran a campaign in the community, talking about how he wants the community to hold him accountable.” He was outside the existing power structure and that appealed to voters.

Jason Dunkin, another born and raised Granville native, says the local Down Home chapter is energized like never before. “Seeing two of our endorsed candidates get elected let us know that we can actually have a voice. We needed those wins to show our community that we can get it done.”

“Now we have to support the candidates we elected so they can get done the things they told us they would. They need us to back them up, but we also need them to be accountable to us.”

“The thing about that brick we have put down,” William explains, returning to his earlier metaphor, “is that it could be part of a new foundation but only if we work to protect it and build off it. That’s not a given and our work isn’t done. It could also just be one brick.”

“They could just as easily pick it up and throw it away, making us start again. That’s why we need to continue to organize.”