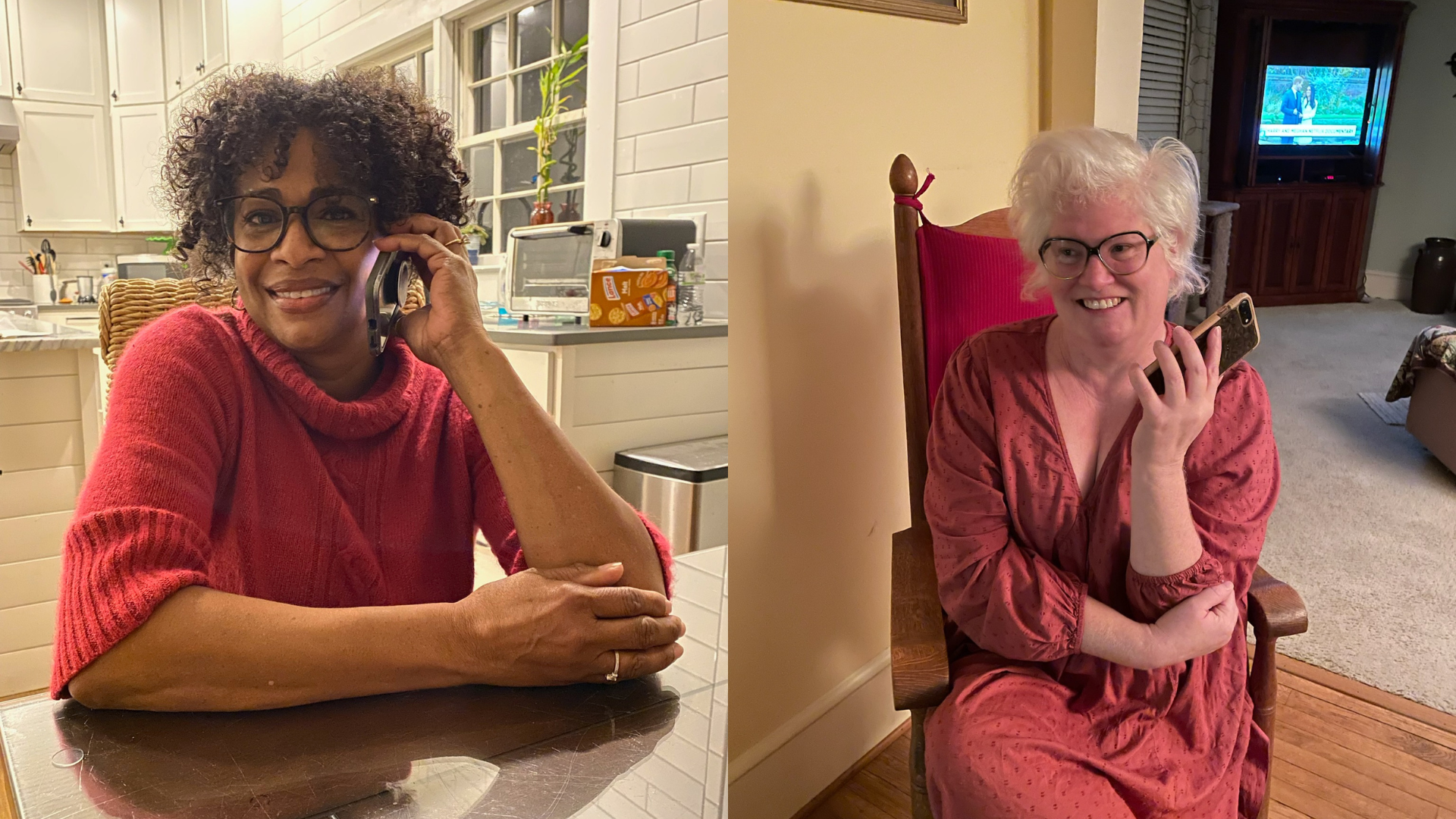 This year, Down Home made 165,721 deep canvassing calls across rural North Carolina and had over 4,000 conversations. This incredible feat was fueled by volunteers like Dana Bango who helped Down Home’s Deep Canvass Team make thousands of calls during the 2022 election cycle.

Here, Deep Canvass Manager Bonnie Dobson talks with Dana about that experience and how Deep Canvassing impacted her.

Dana: First and foremost, this experience was very eye-opening. I had never really done anything like deep canvassing before. It was very interesting. And I learned a lot.being on the other side of things, I’m usually the one being called! But it was good. I was able to hear people’s opinions and thoughts that I didn’t necessarily have. It was good because it’s people I would never have had a chance to talk to otherwise.

It’s made me think more expansively about not just my little corner of North Carolina. Of course, like day to day, we’re concerned more with what’s happening right around us, my daughter’s school, and my work in rural Appalachia. But now, talking with people across the State, I saw a lot of commonalities.

I talked with a woman from Person County. We just shared things that we noticed about our communities and all the things we had in common. There are a lot of people that have the same issues and concerns we have over here.

Bonnie: You mentioned you felt nervous when making calls. Tell me about that.

Dana: A little bit apprehensive.Now I feel more comfortable. I have learned not to take it personally when people don’t want to talk, and I think it’s a really good lesson not to take anything personally.

Bonnie: Do you remember any specific conversations that really stuck out?

I felt like some pieces of hope here and there talking to people who didn’t even know why voting was even important. But I hope that I gave them a reason for it being important. Hopefully, it’s one of those things where it is a ripple effect, like a tiny drop that spreads. Maybe they won’t go this time, or they won’t get involved, but maybe they’ll talk to somebody else about it, and maybe that person will get involved. You never know. It’s just a cumulative thing.

Bonnie: It can feel like a challenge to make a connection with someone you don’t know.ou What is one thing you learned about how to connect with people through this work?

Dana: You have to just be vulnerable and share your stories. It was very hard for me, but I tried, and I think I succeeded in being more trusting..I think that is the only way to actually bridge some of these gaps between us versus them and the only way things are going to get solved.

You know, so many people won’t even tell you who they’re voting for. It was wild, and even in my own life, I’ve been running into this lately. Just because of the polarization, I wasn’t raised like that.  I grew up thinking we could all talk about anything. That was in my generation. You could talk about your religion or politics. Sure we might disagree, but we would just talk about it, and then we get over it, and everything was fine. I’m not going to hate somebody because they have a different view than me. I’ve had people in my life that I’ve disagreed vehemently with, some of the closest people to me, but that doesn’t make me reject them. We can have some opposite views and still be friends. I would never consider saying you can’t be my friend just because we disagree. It’s very interesting to me. I’ll just keep working, like I said, and try. But it seems like it comes from a lot of fear. I don’t know. I have not lost hope that we can come out on the other side of this division because it’s just so unnecessary. Right? And it’s not solving anything. It’s just keeping problems going and making it worse for all of us.

Bonnie: The data we get from deep canvassing shows that it can really persuade people and even change their minds. However, by doing this work, we are often changed as well. So can you share how this work has impacted you?

Dana: It did change me just by listening and hearing other people’s viewpoints and other people’s experiences. You have to reach out to people and ask questions, and you really need to make the space open to listening. And that’s another thing I’ve been learning, I just need to listen more. It can be awkward for a few seconds, and even sometimes more than that. But then people will start to come out of their shells and trust, and then you learn some very valuable things that you wouldn’t have learned before, like if you had just been the one talking all the time.