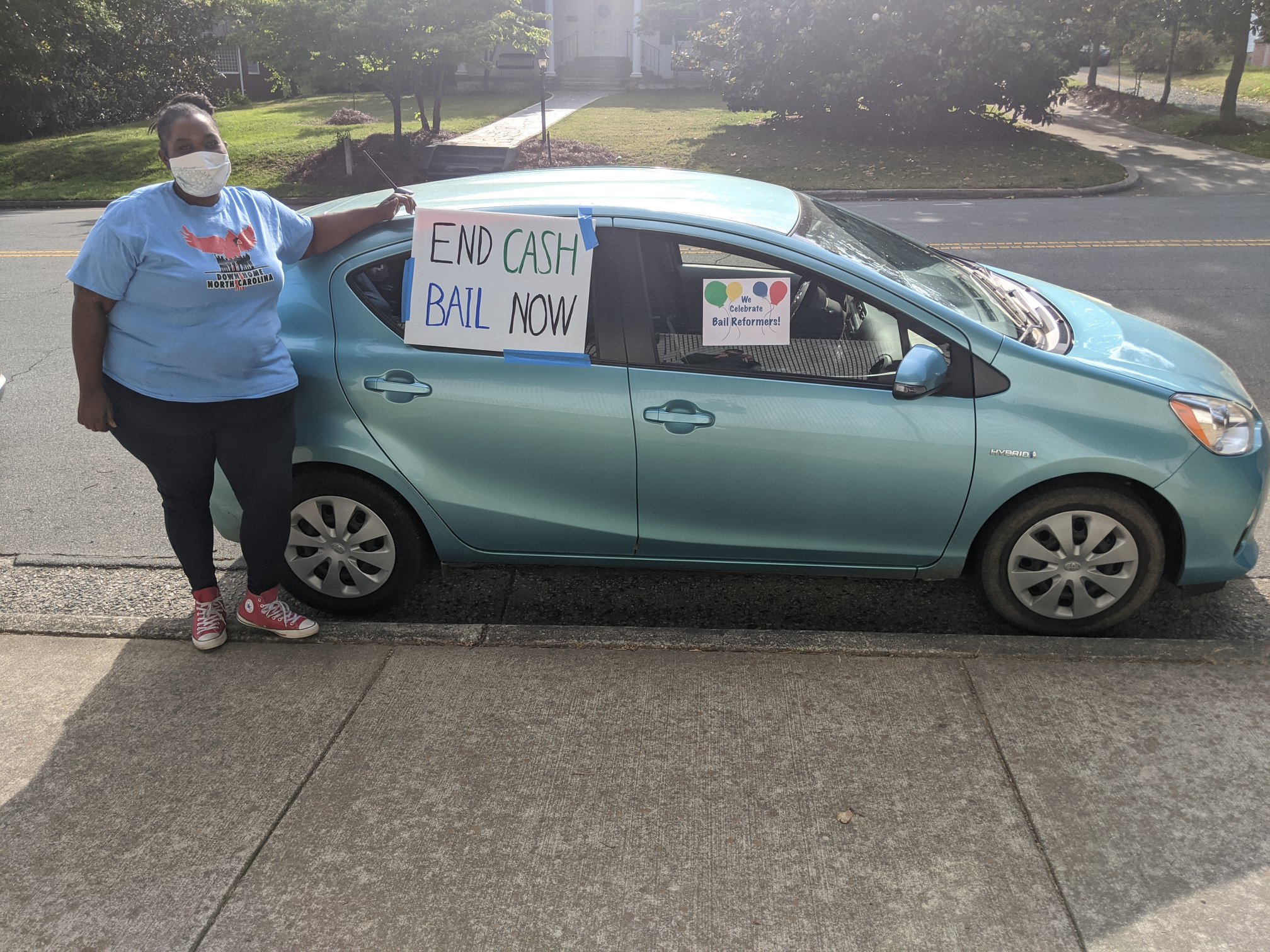 The bail fund, established by our members in the fall of 2019, was created because we believe that everybody should be presumed innocent until proven guilty, no matter how much money they have.

Under the current system of bail, you can be released pre-trial — if you are rich. In Alamance County, if you do not have the funds, you will remain in jail until your case is resolved. This means many cash-strapped local people can sit for months in jail waiting for their day in court– all before they even have a chance to defend themselves. This reality can result in mental health crises, lost jobs and income, and, in some cases, the loss of child custody.

It’s not healthy, and it’s not fair.

This past February, Benevolence hired Katie, their Second Chance Alamance Coordinator, to not only manage their second location, but to also support the bail fund. Since her tenure began, Katie has posted bail for 33 people. These individuals are able to return to their children, families, homes, and jobs as their cases work their way through the criminal legal system.