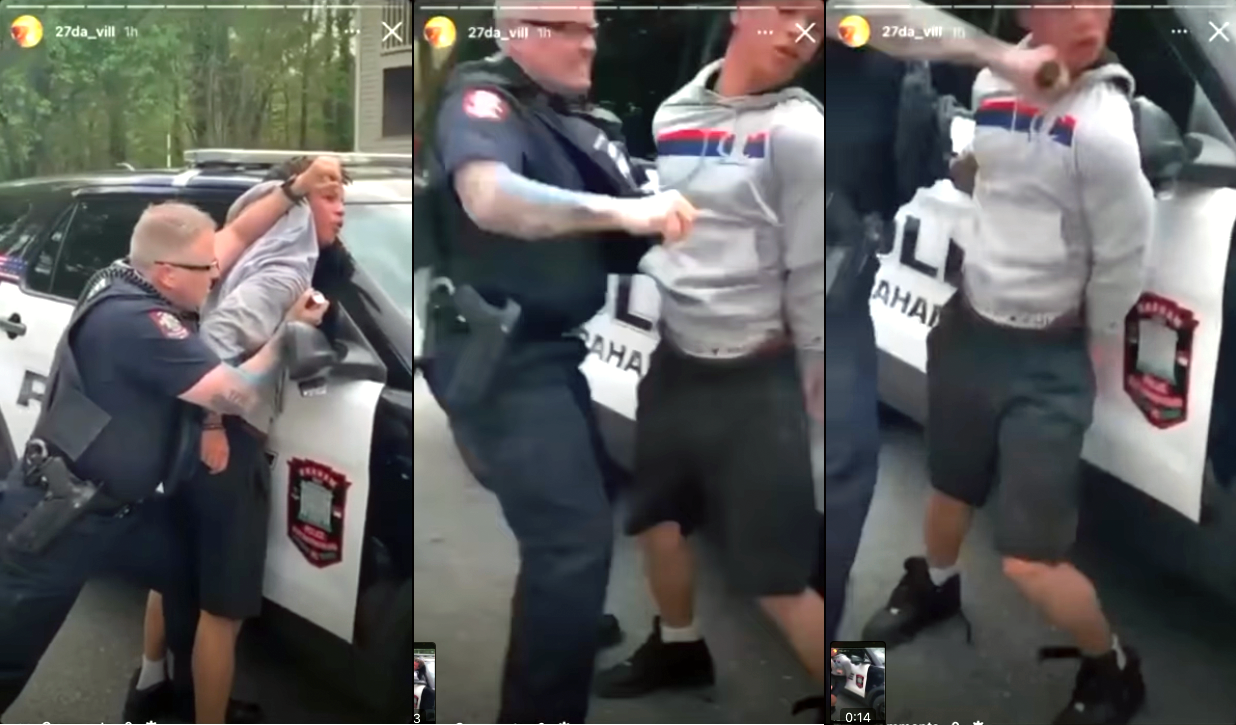 Who is Officer Strader?

What can we do? 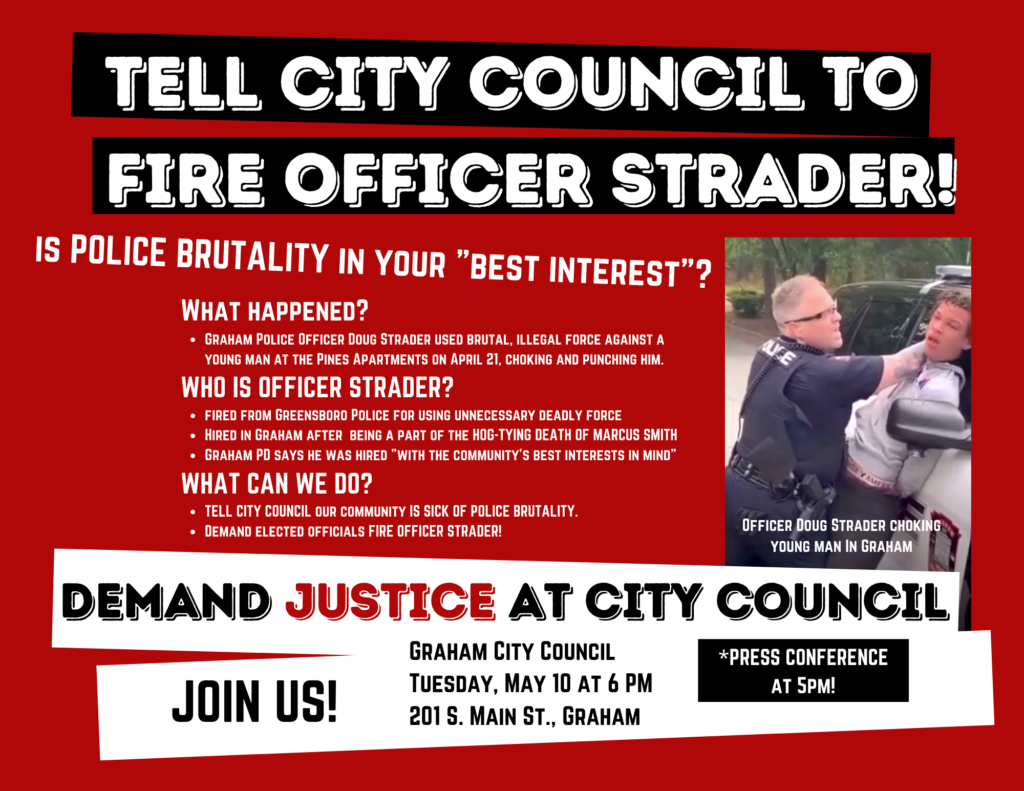 Why Officer Strader should be fired NOW

Officer Doug Strader worked for the Greensboro Police Department from 2004 until September 2020, when he was fired for using deadly force against a driver and passengers of a fleeing car. Strader is also one of the eight police officers who were involved in the death of Marcus Deon Smith, who was hogtied by police in September 2018. Smith died after being restrained facedown using a now-banned device known as the RIPP Hobble. Strader was hired by the Graham Police Department on March 1, 2021

Strader was fired for misconduct and subsequently secured employment at another law enforcement agency this is known as “wandering cop.”

His recent conduct will not tolerated in Graham, NC, This includes the beating of a 19 year old black child and the forceful arrest of a black man in his own apartment complex office while requesting a copy of his lease and records of past payments and ongoing maintenance issues. He threw him against a file cabinet and on the ground using unjustified violence to intimidate him as a tenant seeking information relevant to his rights which he received a charge for trespassing where he lives and resisting arrest