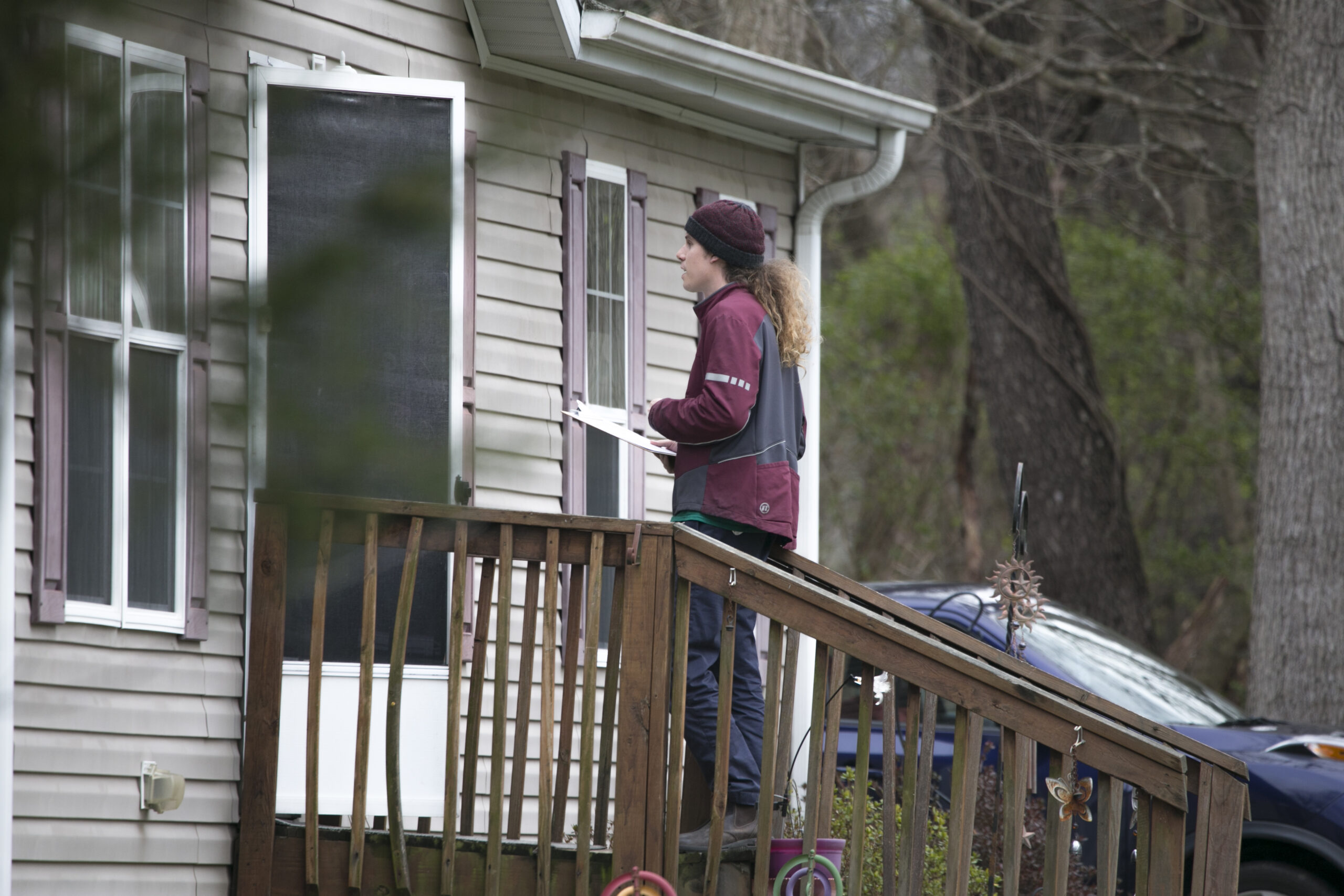 This past fall, Bonnie Dobson was working from her home in Mebane, North Carolina. Bonnie was part of Down Home’s Deep Canvassing team and was involved in a project that sought to sway voters’ allegiances from Donald Trump to Joe Biden. She had picked up the phone and called a woman on her list named Linda. “She was a white woman, very Southern, born and raised in North Carolina,” recalls Bonnie. “She was a Trump supporter.”

“I told her that my husband had lost his job and that it was really tough because I didn’t know how we were going to make ends meet,” Bonnie continues. “She explained that [her family] had gone through tough times in the past, so we bonded over that.”

As she had been trained, Bonnie continued asking questions and carefully listening to Linda’s responses. “We talked about race relations, and there’s where it got a little tricky. Linda expressed that she was not prejudiced, but she didn’t understand why people were looting and rioting after George Floyd was murdered. Prior to that, I had not explained to Linda that I was black. So I told her I was, and what my experience over the years had been being African-American.

“At that point she kind of got quiet, and tried to tell me that I was ‘different.’ I said, I’m really not, to be honest with you. We talked about how we’re all human, and by the end of the call Linda completely understood where I was coming from. She moved …from being a Trump supporter to being not sure,” Bonnie says. “She told her husband, who was sitting next to her, that my husband was out of work and he offered him a job. We ended up friends. It was a great conversation, with a woman I probably would never have talked to on the street, and we ended up caring about one another.”

Deep Canvassing has become a crucial part of Down Home’s outreach efforts in rural areas over the last two years, and it became an essential tool in our efforts around the 2020 elections. Pioneered by the Los Angeles LGBT Center in the aftermath of California’s passage of Proposition 8, Deep Canvassing hinges on a radical bit of inspiration: What if instead of talking at people in an effort to sway their opinions on a controversial issue, you instead talked with them?

Down Home’s Deep Canvassing, often done in concert with People’s Action, has been expansively used to interact with North Carolina voters around issues such as universal healthcare, undocumented immigration, and, now, candidate persuasion. The goal is to have honest, face-to-face discussions with people– a method that resonates with how rural North Carolina ticks. Deep Canvassers seek to find the source of voter’s feelings about controversial issues and hear the personal stories behind those feelings. In return, canvassers also share their own struggles, creating a sense of human connection that can transcend deep-seated prejudices.

Down Home member Amy Cooper had worked more traditional canvassing jobs before, but found that “no one wanted to talk.” Deep canvassing interested her because it is based around storytelling. Amy explains that she would share her personal healthcare story to open up conversations while Deep Canvassing. “If I hadn’t qualified for Medicaid, with the pregnancy condition I had, I would’ve died,” she explains. “For them to know that Wow, this person who’s talking to me, if they hadn’t been covered by insurance, they would’ve died. That’s a real thing.”

Studies by researchers David Broockman of UC Berkeley and Josh Kalla of Yale have shown that Deep Canvassing is more effective at changing voters’ attitudes than traditional political outreach methods such as advertising and shorter, more transactional canvassing. This makes it promising for organizing in rural communities where people’s viewpoints trend towards traditional and conservative.

Part of changing voter’s minds is allowing them to talk to those whose life stories have been distorted through cultural stereotypes, such as those who use public assistance or are the victims of police violence, putting a human face on what otherwise could just remain conservative talking points. By telling their own stories, canvassers can change the underlying narratives that candidates and politicians in the rural South play upon when they appeal to people’s prejudices.

Forcing voters to acknowledge the contradictions between what they’re told about how our economic system is supposed to operate and the real-world experiences of themselves and others is key to how deep canvassing works, says Amy. “Things that are stigmatized really need to be worked on by deep canvassing.”

“Deep canvassing can certainly be used for race relations and LGBTQ rights,” says Dobson, thinking about the potential of the work in the future and reflecting on the transformative conversations she has been able to have through the project.

“Everyone just wants a chance to share their story and be heard,” agrees Amy.