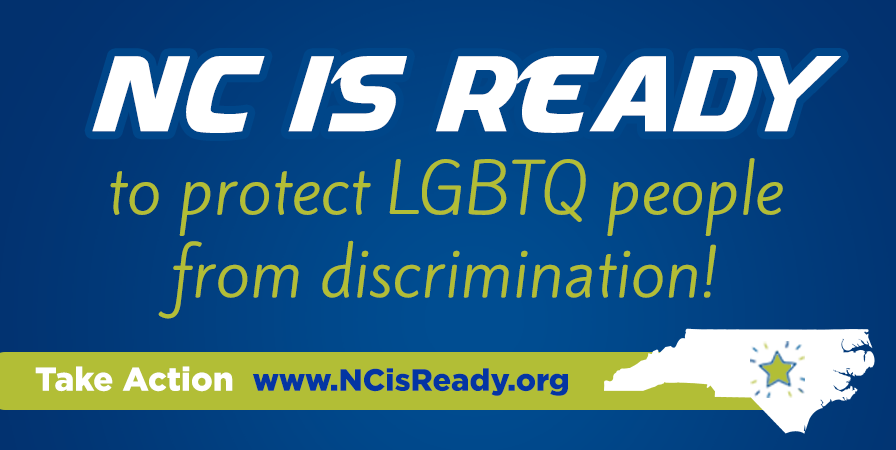 Today a key prong of the anti-LGBTQ #HB142 in North Carolina expires, clearing the way for cities and towns to pass LGBTQ-inclusive nondiscrimination ordinances! It’s time for us to speak out and work to pass protections at the local, state, and federal levels – because #NCisReady for LGBTQ protections!

With supermajority support for LGBTQ-inclusive nondiscrimination protections, #NCisReady to take action for equality. As we celebrate a step forward in NC with the sunset of a key prong of HB142, let’s commit to passing LGBTQ protections to send the message that everyone is welcome in North Carolina!