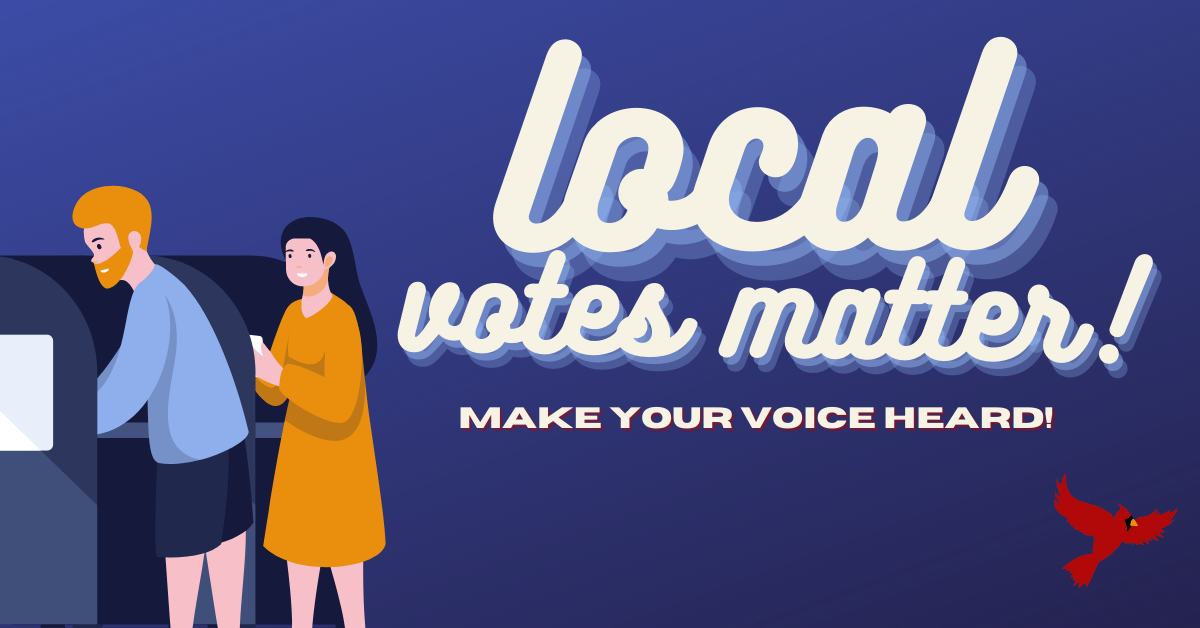 With a complex electoral college and with Trump having been elected in 2016 without a majority of the vote, it’s easy to feel like your vote doesn’t count.

But that’s simply not true.

Some of the most important races this year on your ballot could come down to a coin flip. That’s what happened to Down Home member Carrie McBane when she ran for Sylva Town Council up in Jackson County in 2019. Carrie ran an incredible campaign and actually TIED on votes in that election– 108 votes to 108 votes. Had she won, Carrie would have been the first BIPOC woman to ever serve on the council. The only reason Carrie isn’t sitting on Town Council today is because of that darn coin.

What if just one more person had shown up for Carrie?

Close margins in important, local elections are not rare. Even in larger races, a handful of votes can make a real difference in races Down Home is deeply invested in. In 2018, Republican Rep. Stephen Ross, with 50.49 percent of the votes, barely defeated Democrat Erica McAdoo for the N.C. House District 63 seat in Alamance County. This is the same seat that Down Home’s endorsed candidate Ricky Hurtado is fighting for right now, this week.

That House District election was decided by only 294 votes– most of us have more contacts than that on social media or in our phones. That’s why your vote ABSOLUTELY counts in local elections… and so do the votes of your friends.

That’s why we are asking you to join us this weekend in our final Get Out The Vote push in rural North Carolina. Can you join a phone banking shift to help us contact rural voters and mobilize them to the polls?

Eighty of North Carolina’s 100 counties are rural– in other words, we can’t win elections in North Carolina without rural voters. Furthermore, how we vote in our local elections not only has a huge impact on issues of justice and equity in our hometowns— but these local elections have implications for the state. If we can flip the North Carolina House this election, we can then achieve important wins for our state, such as raising wages and expanding Medicaid.

Expanding Medicaid is an important part of Aimy Steele’s platform in House District 82 and we know she would fight tooth and nail for it if elected. However, Aimy is in a tight race. Last election Aimy lost 47% to 52%. If we can turn out just 2,000 more voters for Aimy this year, she can win.

Turnout matters. While early voting numbers have record-breaking this year in North Carolina, we are not out of the woods yet. Early indicators show that less-likely to vote conservative voters have been turning out in higher numbers than their more liberal counterparts, leaving this election still up for grabs. Furthermore, as campaigns up and down the ballot head into their final week, an increase in Republican registrations in North Carolina and the likely heavy turnout by those new party members could negate the early voting gains seen by Democrats.

We need to turn out small town and rural voters. Maybe you have already done your part and cast a ballot– but this year, we can do more. Will you help Down Home in our Weekend of Action by calling rural voters and helping them make a plan to vote?

If you can call 20 people and get just one to vote…that could decide a local election like Carrie’s. We can’t take chances on this. There is too much at stake.

This is the final push, y’all. This is all hands on deck. Join a Down Home phone bank this weekend.