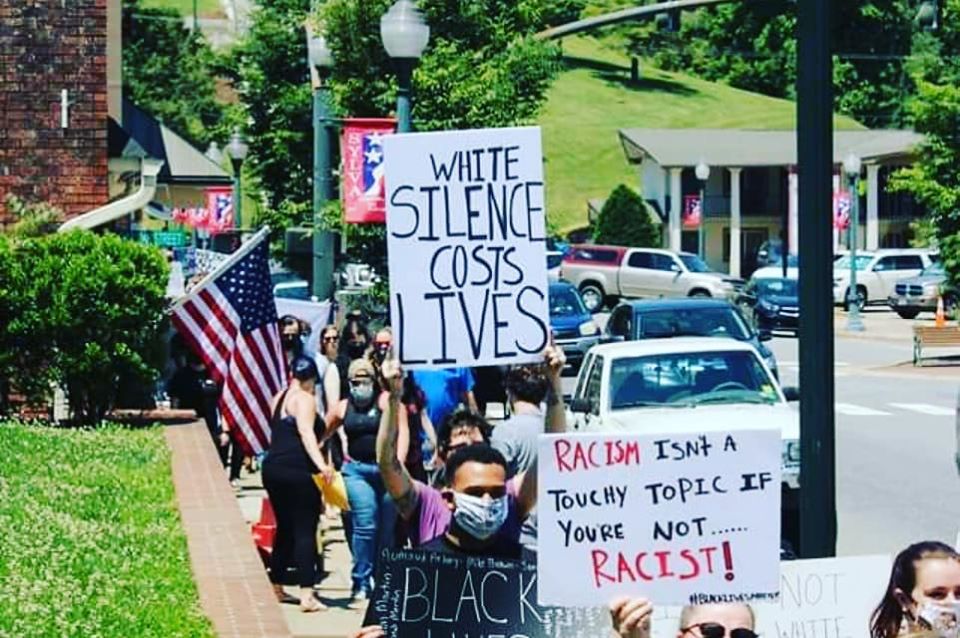 “Stand back and stand by.”

It was chilling, to say the least, to hear Donald Trump issue orders to white supremacists during the first presidential debate. The Proud Boys are well known to Trump and to us: They have been organizing across North Carolina for years, making appearances alongside neo-Confederates in Graham, Pittsboro, and Lexington over the last year, and showing up en masse in Fayetteville just last month.

The prospect of groups like the Proud Boys mobilizing to intimidate our communities before and after the elections is of grave importance. Down Home understands the stakes and is preparing to protect the integrity and safety of our local elections in any way that we can. Moreover, we know that groups like the Proud Boys are a serious threat to our small towns and rural counties even beyond an election year. Our organizing and values directly counteract theirs and we intend to inoculate our communities against their division and lies.

“Either we get there first or white suprema­cists get there first,” said a Down Home organizer earlier this year as he talked about deep canvassing work. And it’s true: Rural North Carolina has been largely neglected by the mainstream of both parties for decades— leaving space for far-right extremists to step in.

In North Carolina, this has left us with sometimes dangerous leadership. In Cabarrus County, residents have an incumbent, Larry Pittman, who suggested that Black Lives Matter protesters should be shot. In Western North Carolina, a young candidate named Madison Cawthorn is vying for Congress in North Carolina’s 11th district and has been accused of using far-right imagery and following the playbook of other successful alt-Right players, attempting to rebrand his extreme views in everyday packaging.

We can reclaim our communities and redefine what rural means to us. Pittman and Cawthorn both are facing strong challenges this election as regular, working-class folks across North Carolina have stepped up to the plate to challenge the white supremacy that claims to be the rural status quo. Down Home members have endorsed a multiracial slate of talented and powerful candidates across our rural communities that have a real chance of winning— and turning the tide in our state.

But to “get there first,” we need you. You have the power to show up to vote and to encourage your friends, family, and neighbors to do the same. You can RSVP to a Down Home phone bank to talk directly to voters across rural North Carolina about just how important this election is.