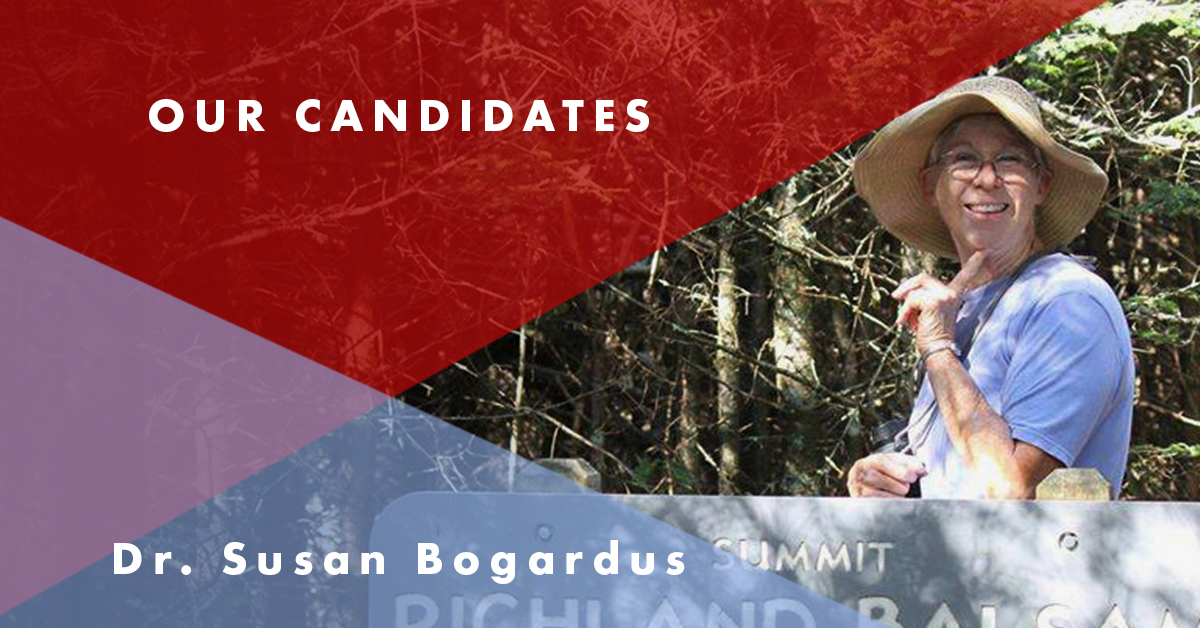 The members of Down Home Jackson have voted to endorse Susan Lower Bogardus for Jackson County Commissioner and we want to tell you why.

When we were first building our chapter, we went door to door in Jackson County asking our neighbors what changes they wanted to see in their communities. We got into deep conversations with folks and, through these conversations, we discovered that many of us had the same needs.

Those conversations were top of our mind when we met with and interviewed Susan. During that interview, we learned that Susan believes in a healthy Jackson County. She says while her profession is in the medical field, she understands health to be something broader. A healthy Jackson County, says Susan, would include affordable housing, well-funded schools, living wage jobs, and a clean environment. We knew that the folks we talked to when we went door to door all those years ago would agree.

These are the reasons why Down Home Jackson members voted to endorse Dr. Susan Lower Bogardus for Jackson County Commissioner, District 3.  We are going to vote for her in November, but we are also going to tell everyone we know the reasons why. Will you help us?

Will you help mobilize your friends and family to vote for Susan in November? With Down Home’s Relational Voter Turnout Project we can give you all the tools you need to engaged folks in your community.

Get started by joining one of Down Home’s Relational Organizer trainings here.