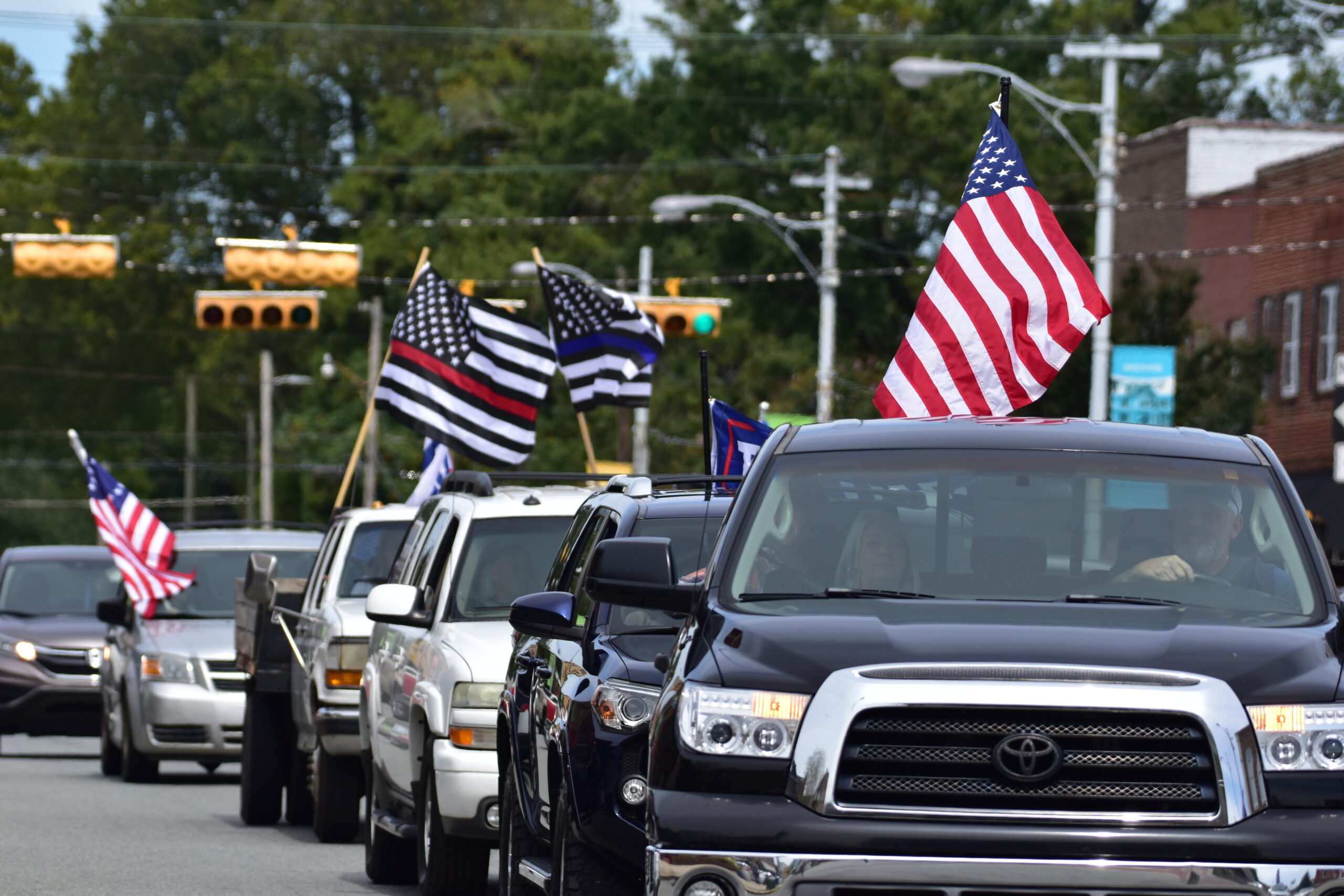 Billed as the “Alamance County Trump Convoy and Ride 2020,” honking cars and trucks caravaned through downtown Elon this past Saturday morning with Trump and MAGA flags blowing behind them. Their drivers and passengers boisterously cheered — some shouting obscenities at bystanders.

And then it came: “white power.” Not once, but twice.

It was captured on a local reporter’s video; men yelling the white supremacist slogan at people in a county that is, and has been for a long while, nearly 40% non-white.

In fact, we have seen events like this one across North Carolina in recent years, as well as a rise in aggressive, confrontational demonstrations that are designed to make our communities feel fear. This is, of course, not the North Carolina we know and love. White supremacy does not speak for us and it is not the future we hope to usher in.

While Alamance County has now repeatedly made national headlines for these dangerous displays of white supremacy, by no means is it limited to this one county or a few bad actors who live there. Down Home has seen intimidation and aggressive behavior across the counties where we organize from confrontational counter-protestors in Maggie Valley trying to intimidate a Black Lives Matter march, to bigotted and bullying smear campaigns against candidates in Madison County, to recent armed demonstrators marching in Sylva.

At Down Home, we believe that this is what happens when we are poised to win. Across rural North Carolina, we are supporting local candidates with strong, viable platforms to create lasting change for our communities. Our communities are rallying around those candidates. We believe that there can be an unprecedented turnout at the rural polls this November. A Facebook post from a Down Home member just this week centers us: “I just registered a 73-year-old who has never voted and ask me to help her.”

But as much as we know that the opposition is a direct response to our strength, it would be glib to say we are heartened by it. On the contrary, we must be realistic: As has been evidenced by the repeated white supremacist violence this summer from Kenosha to Portland, there is a real, tangible threat to our movements and to our people.

In North Carolina, we find those in power are refusing to take the threat seriously. The district attorney in the western part of the state covering Jackson County where Sylva is has turned a blind eye to armed protestors arguing that they were not at a demonstration so thus not in violation of the law. In Alamance County where the Trump caravan spewed white supremacists slogans, the local sheriff has long been known to be on a first-name basis with neo-Confederates. In Cabarrus County, where one of our younger Down Home chapter’s is supporting Black women candidates across the ballot, incumbent Larry Pittman took this passive support a step further, not just turning a blind eye to white supremacist threats but actually encouraging Black Lives Matter protestors to be shot. (Yes, he is up for reelection).

The president has called for police to placed at polling stations this election season, and though that is unlikely to happen due to it being illegal, this sentiment is echoed in the current strategy to recruit an army of poll watchers to protect against “voter fraud.” Can we be assured that in places like Alamance, Jackson, Haywood, Madison, and Cabarrus Counties that these “poll watchers” won’t be familiar faces from the counter-protestors of this past summer or the “Convoy and Ride” of this past weekend?

We need your help to keep our communities and our right to vote safe. There are two ways for you to get involved: