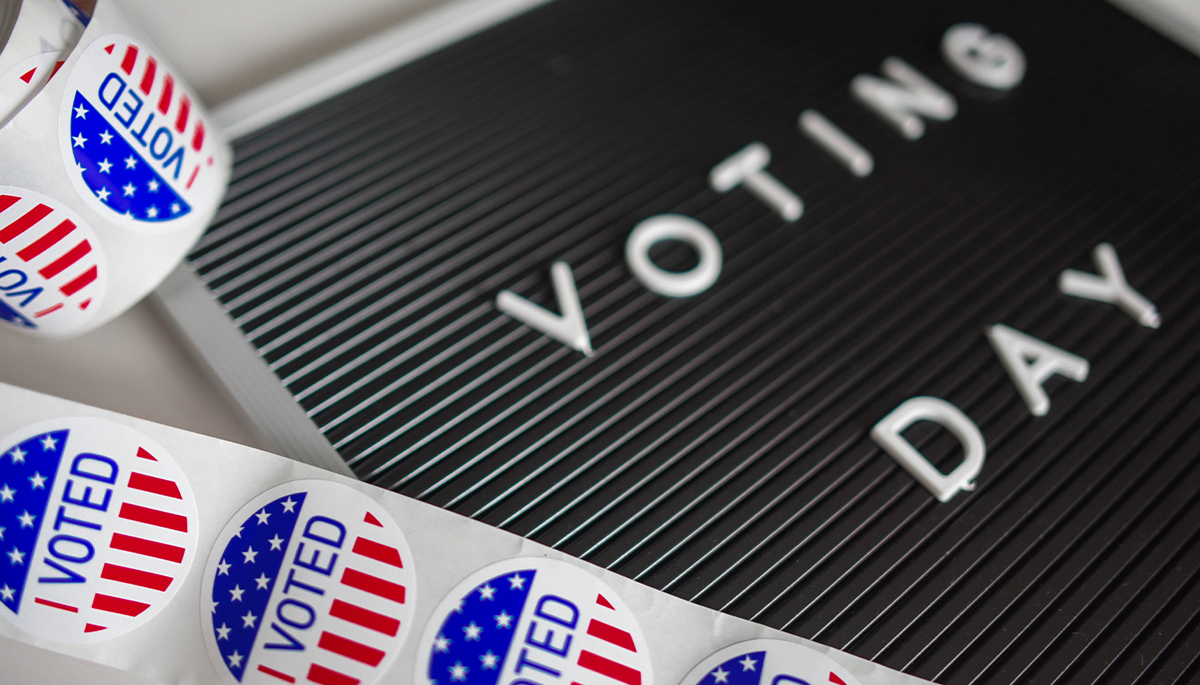 This election season, we know that most folks are paying very close attention to the federal level of government. The presidency, races for Congress, and potential Supreme Court nominations are all at stake in a critical moment of America’s history. But what about the candidates that aren’t at the top of the ballot?

As a voter, one of the most important things you can do this election is voting the entire ballot.

What does voting down the ballot mean?

Simply put, voting down the ballot means filling out the entirety of the ballot. At the top of the ballot are those who represent us on a national level, such as those in Congress, or the president. Those races get the most attention, while the local representatives “down the ballot” are either ignored or filled in at random or solely along party lines.

Why vote down the ballot? Isn’t the national government more important?

Short answer: it’s not. The United States is a federal republic. That means at some point long ago, the individual states agreed to unionize under one national government while retaining their own set of powers and sovereignty over their state. This division of powers is intended to keep any single branch on a federal, state, or local level from becoming too powerful by dispersing authority among multiple levels of government. Sound complicated? It is. But those complications are meant to protect us by making it difficult for any single interest to consolidate power.

However, that hasn’t stopped efforts to do just that, especially in local elections where the margins are much closer than they are on the national level. Much fewer people vote on the local level. That means a single vote has far more power in your backyard than it does at the federal level. This also leaves smaller communities at risk of being overrun by outside interests.

Why don’t more folks talk about this?

More often than not, folks don’t pay attention to their representatives until an election year rolls around, if at all. Neither party has really done a good job explaining why all political engagement matters as they work to serve their own interests. The Democratic Party tends to focus a lot of attention on the presidential candidates and governors without investing in local governments. During Barack Obama’s time as president, over 1,000 state legislature seats were lost by Democrats across the country. On the other hand, the 1% have bankrolled down-ballot races in the Republican Party’s favor for decades in exchange for protection of their interests and lax enforcement of rules and regulations that protect the people. They know that real power lies in local jurisdictions, so they throw their money around to get their way. When local leaders aren’t invested in or voted in fairly, it’s the folks down home in small and rural communities that suffer harm the most.

Whether it’s county commissioner, school board, or sheriff, the roles that down-ballot races have on local and rural communities far outweigh federal influence. From voting rights to voter ID laws, school quality, tax-free corporations, affordable housing, women’s health, or Medicaid expansion, it’s our representatives on the state and local level that have the greatest control over our day-to-day lives and well-being.

Speaking of voting rights, it’s state legislatures that have control over congressional district boundaries- not the federal government. In North Carolina, we’ve been hit hard by politicians who have worked to dilute our power and muffle the voices of working-class Black, Brown, and white folks. Every 10 years after the census, these districts are redrawn. Those who were elected in 2010 worked very hard to reduce the change you are able to affect with your vote. Politicians shouldn’t get to choose their own voters or who’s vote matters more. Now is YOUR chance to take our power back, but that can only happen when folks vote the entire ballot.

What is the role of local officials in my community?

In North Carolina, each county is governed by a 3-9 person board of county commissioners. The board of commissioners sets the county property tax rate and adopts the budget each year. They also establish county policy by adopting resolutions and local ordinances (laws). Our state also uses the council-manager form of government, where commissioners focus on county policy and hire (not elect) a professional manager to oversee day-to-day operations.

School Board / Board of Education

Public education is a state-level function. As North Carolina has 115 school districts, the state legislature cannot attend to day-to-day school matters. Instead, they appropriate money and delegate the authority for descion-making to the School Board (also called Board of Education).

The local Board of Education is a entity with corporate status. Although made of individual members, the Board as a whole can sue and be sued, purchase and condemn property, and receive money and goods. No single member, committee, or group of board members may act on behalf of the board except by decision of the majority, meeting in an official session called and conducted according to the provisions of the statutes that created the board and govern its operation.

What can I do?

Wherever you are, know that you have the power to install representatives that best represent you.
Make your voice heard by registering to vote, filling out your census, and downloading a mail-in ballot request form. Make sure you know who your candidates are and what they represent.

Our members host events where you can learn more about our local political landscape from someone who knows what matters to you. Join us, when you can. We’ll build power for our communities together.

This election, we’ll need all of us to tap into our collective power and make things better for our community. Want to engage your friends and neighbors about politics with kindness and compassion?