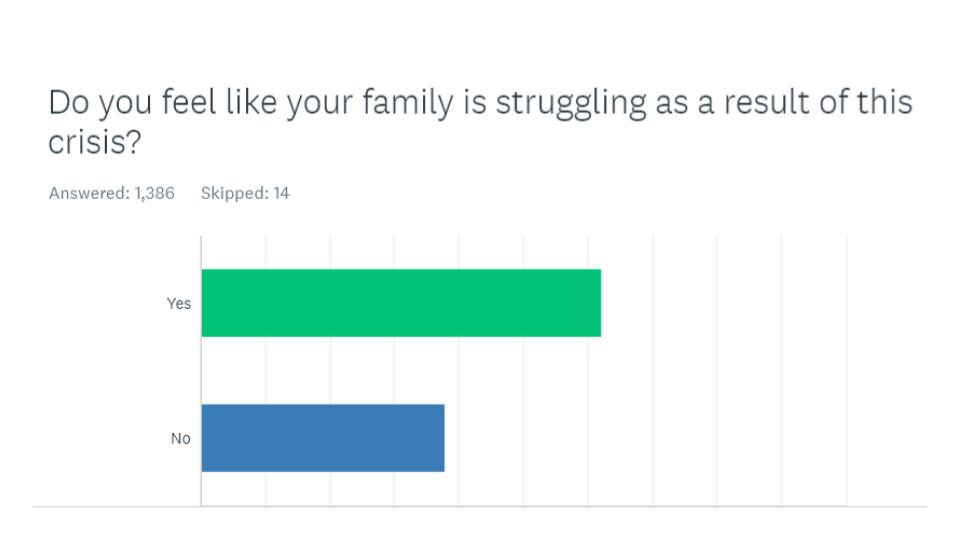 A survey released May 7th, 2020 by ParentsTogether and Down Home North Carolina shows that, even after the CARES Act, NC families struggle to pay for necessities and with unemployment. However, most respondents do not support re-opening the economy now and would not resume normal activities if the economy were re-opened.

On May 4, ParentsTogether surveyed our members in NC about how they are faring economically during the coronavirus crisis. 1,283 parents responded to our survey by Facebook Messenger. 424 of these respondents have children under the age of 18 at home, and 209 of them are grandparents. Here’s what they told us:

North Carolina families are struggling. Half of respondents have lost income or expect to due to this crisis. 62% say they feel their family is struggling. 59% are having to make trade-offs between necessities like rent/mortgage payments, utilities, and food for their families.

Unemployment benefits are not helping everyone who needs it:

North Carolina families do not support opening up the economy before it’s safe to do so: