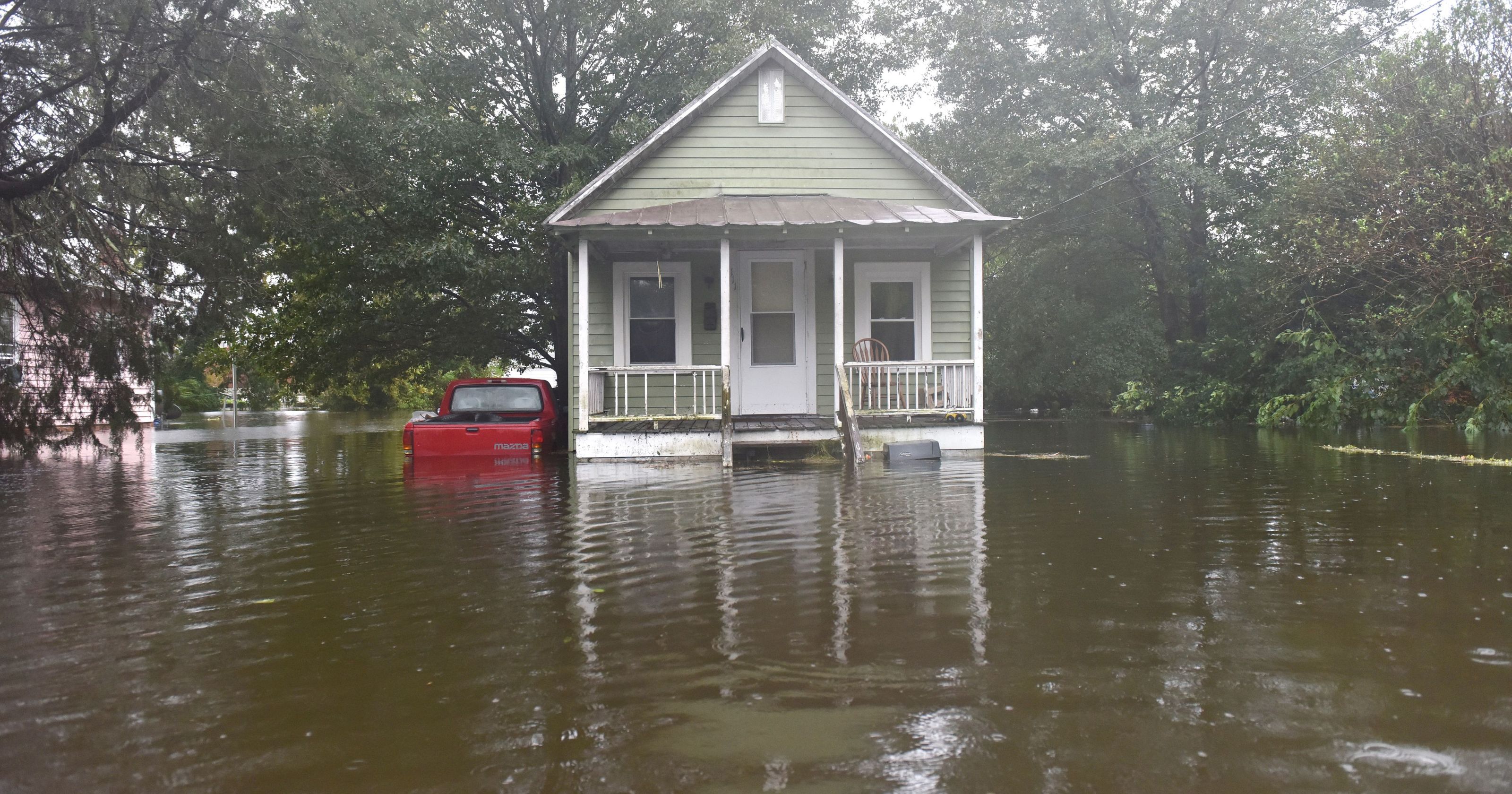 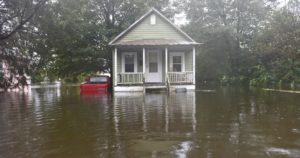 Down Home North Carolina is participating in A Just Florence Recovery, working to help Eastern NC overcome the double crisis of poverty and flood waters.

We are also accepting emergency supply donations Monday-Friday, noon-8pm at our Piedmont office: 1246A Plaza Drive in Burlington, NC. For a list of needed supplies, see A Just Florence Recovery.

The following was written by Gwen Frisbie-Fulton, a single mother living in Greensboro. The original posting can be found here.

Before the storm, I called Alyeesha — a friend of a friend. She’d stayed at my house a few years ago when she was escaping a bad relationship. She lives Down East, back in her hometown in Carteret County, North Carolina, in a small one-room house that was her grandmother’s sharecropping cabin. She rents the cabin from the man who now owns the land; it is not hers.

I’ve been there once. She had a mattress on the floor, a sofa from a Rent-a-Center, and a picture of her grandmother on the wall. I wanted to let her know that if she was evacuating from the hurricane, there was a sofa waiting for her here.

Everyone I know Down East and on the shore is riding it out. For a few it’s bravado, but for most of them, it’s just that they can’t go. There aren’t enough seats in the car, or the car is busted, or there’s no car at all. There are too many babies or too many old folks. There are jobs that won’t be there for them if they miss a few days. There are paychecks that haven’t yet cleared. There are food stamps that ran out last week. And there isn’t enough money in anyone’s damn bank account.

But, you know, we all love a good hurricane. We fetishize storms. We are glued to our televisions and we are refreshing our screens. We talk about the wind speed, we marvel at the tattered piers. It’s almost like we want it. Truth is, I think Alyeesha and all my friends are going to be just fine during this storm. After all, as terrifying as it is, we know it’s not Florence that wreaks havoc on North Carolina. It’s everything that comes after the storm, and everything that came before.

The hurricane is the drama, the excitement we need. We gather bottled water, toilet paper, snacks. It’s something we can do, something we can prepare for. We like the idea of bracing ourselves against the wind. We feel enraptured, intoxicated, instinctual, alive. Our lives can be so mundane. So we watch, we watch, we watch. We gorge on hurricanes.

We look away from the flood we know is coming. The slow seep of water down from the mountains, spreading out of its riverbed path, breaking out of creeks and cricks, rushing off the pavement of cities and heading Down East. The water swallows up crops and homes and pigs. We know this slow seep is not just water, but poverty.

We try not to speak of it. The smeared red clay on living room walls. Stalled out Buicks getting their last rust. Somebody’s work tools sinking into the river. Humid air plastering an old Myrtle Beach t-shirt onto a body as it shovels filthy toys into trash bags. It is mud and muck and poverty. And we know it’s coming. It’s all very predictable. So we look away.

Poverty is slow. It’s a looming light bill and a long wait on child support. It’s the uncomfortable plastic chairs at DSS and the caseworkers who don’t make eye contact. It’s the 10 months of pregnancy with no insurance and lying to the doctor about the cramps because you can’t afford a referral. It’s the long wait in jail because you can’t afford bail and long Christmas days when you can’t afford presents. It’s the long nights with the heat out and the long calls trying to reach the landlord. It’s the hours in detention after your own boss at the meat processing plant calls immigration on you and the long stare you give him while he hires your cousin for less money under the table. Sometimes poverty is even the long last minutes trying to get through the locked door at the Hamlet Chicken Plant. So we look away.

We already know where the flood waters will go. They will follow a slow, predictable path. We know who lives in low lying areas, we know what neighborhoods are on the south side of the tracks. From Appalachia down, every town has Hillers and Creekers. Floodplains read like maps of the economy and race.

Alyeesha has the grit to make it through the storm, but after the winds pass and the bottled water gets loaded back up, she knows that the country’s attention will just move on. Jim Cantore does not come for poverty.

Alyeesha’s little house may be flooded out. She may lose everything. There is no insurance company to call. Her landlord may just tell her he can’t do nothing, just move along. Her friend who drives her to work may not be able to pick her up, and she may lose her job. She will be left standing in the still waters of America, brown water on her brown legs, on land that was not her grandmother’s and is not hers, with no place but my sofa to go.

That’s the predictable slow drip of poverty. All your life you’ve watched the water rise, knowing no one is coming to get you. After all, they told you to get out.