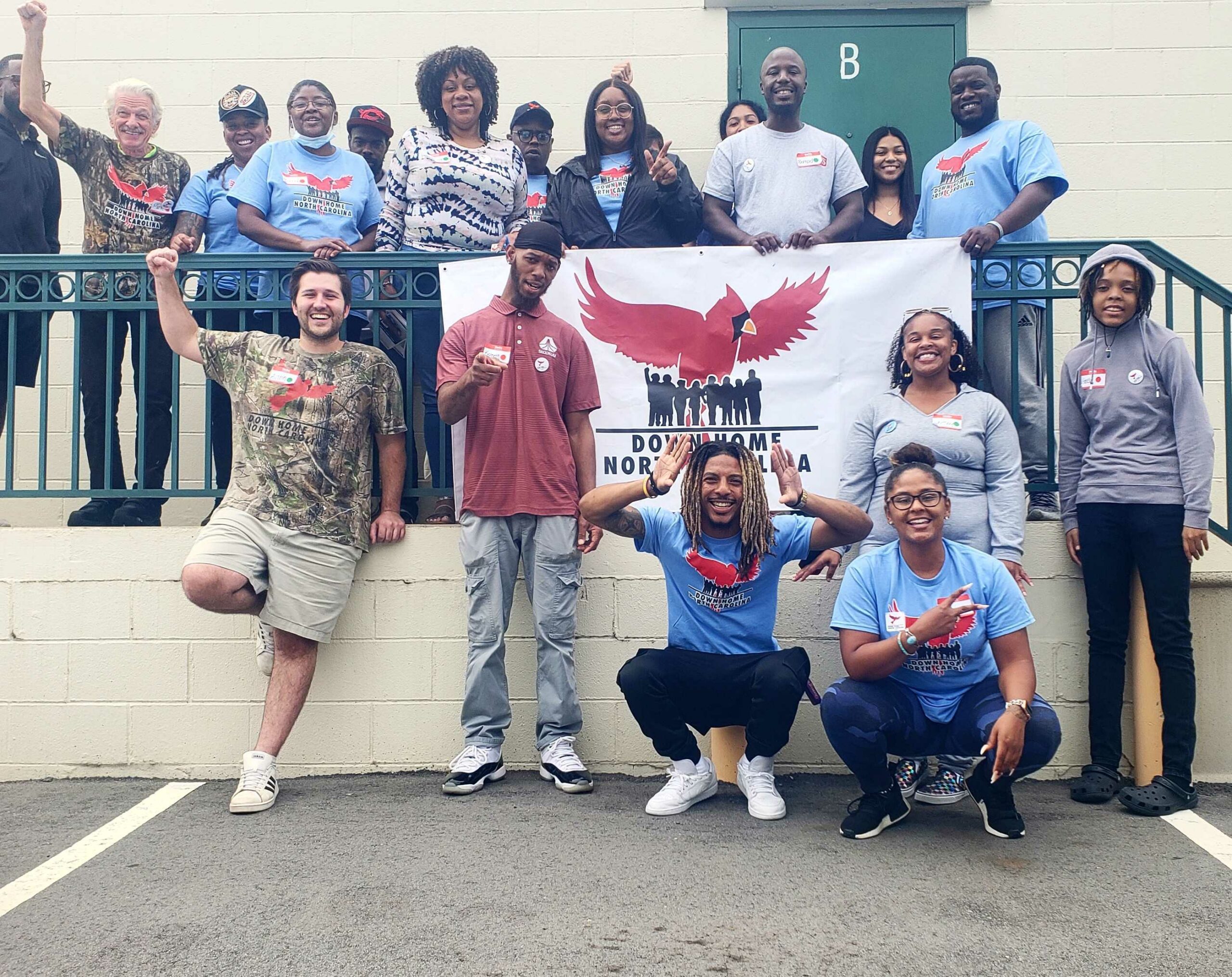 It’s a Saturday afternoon in Concord and Down Home’s Reverend CJ Brinson has finished putting out the Bojangles boxes and plates on the side table. The whole room smells like chicken and biscuits. Perfect for a fall day… or any day.

Our volunteers and members are coming back into the Down Home field office, chatting amongst themselves and pouring each other cups of iced tea. They’ve just come in from a morning of canvassing in nearby neighborhoods, talking to folks about the upcoming elections and what’s at stake. 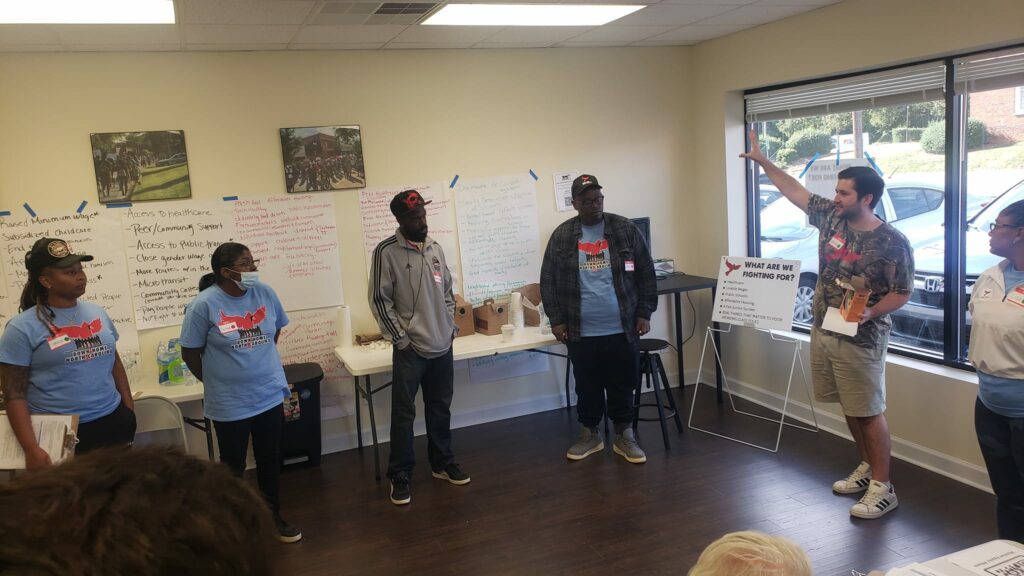 “I talked to one woman who hadn’t voted in a decade… she said no one represented her needs,” said one canvasser. “I told her I felt that! And then I told her that is why I’m so excited about Diamond Staton-Williams running– she’s a mom just like me and talks about things that I talk about, worries about things that I worry about. By the time I left, she said she was going to vote again, too.”

That’s good news for Cabarrus County– a place where election margins are slim. In fact, Cabarrus County holds some of the most competitive districts in the state. Districts like that of NC House 73, where Diamond Staton- Williams is running, are so close they are going to be decided by just a handful of votes here.

Running on a platform funding public education, economic development, and expanding mental health resources, Diamond is the clear candidate for poor and working people. Her opponent is running on a divisive platform using far-right catchphrases with little or no solid policy or experience.

Voters in Cabarrus County will make a number of important decisions at the polls this fall. Our members in the county have endorsed Diamond Staton-Williams as well as candidates who will work for working people up and down the ballot. Most if not all of those positions will be decided by who turns out.

That’s why the work these volunteers and members have been doing is so important here. Deep canvassing– asking people about what matters to them and then connecting them with the candidates who share those values– is estimated to be 102x as effective as other forms of voter contact. We know for a fact that the more real conversations we have, the more voters we can turn out. “Going to the polls to vote is one thing,” explains Vicente Cortez, Down Home’s Field Director. “But having conversations influences who wins.”

The returning canvassers settle in with their lunch and begin a debrief to talk about the day. “I talked to a woman who recently became a citizen and plans to vote for the first time!” shares one volunteer. “Everyone was really kind to me,” says another young teenage volunteer, who is new to canvassing.

Rev. CJ, who has been busy doing math on the back of a piece of scrap paper, hands the results to Austin Smith, who is leading the debrief. “Drum roll please!” calls out Austin, and the room responds with stomping feet.

“142 doors knocked and 56 conversations!” he exclaims, writing the results on butcher paper. The team is excited and many leave saying they will bring their friends out next week.

Want to volunteer with us?

Help turn out the vote in Cabarrus County.

Sign up for a volunteer event hereNeed to check your voter registration?