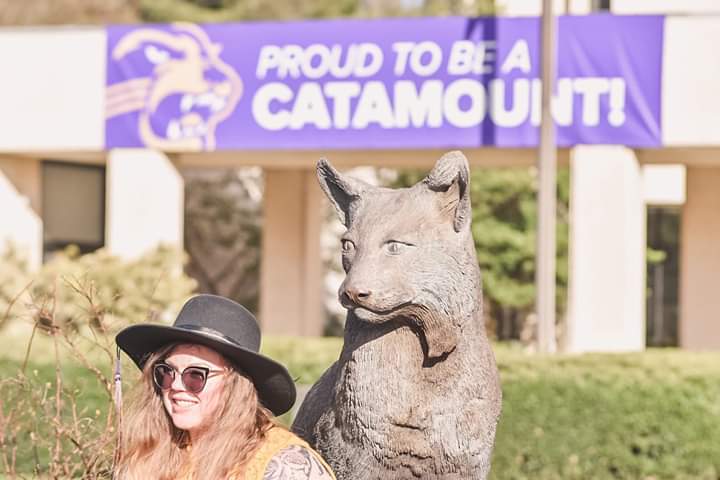 by Nichole Visnesky, Down Home Jackson

My name is Nichole and I am in six figures worth of medical debt.

The bulk of that debt was acquired after having surgery to remove a benign tumor from my uterus. For over a year leading up to that, I was a frequent flyer of urgent care and emergency departments. I was a full-time student at a community college, and I worked multiple jobs to make ends meet and they weren’t meeting. As a single adult, over 25, with no children I was told I did not meet the income requirements for Medicaid, however when I filed my taxes for that year I only made $8,000. I worked multiple part-time jobs, including work-study at the community college I attended and was not eligible for health care from any of them, and even if I was, there was no way I would have been able to afford it while meeting my basic needs. I was, however, eligible for a program under Medicaid called “Family Planning”. I was then able to use Family Planning to finally go to the doctor. I felt that my pain, shortness of breath, and unusual weight patterns were somehow tied to my reproductive system. The doctor did what was required for family planning, a pelvic exam, STI testing, and a prescription for birth control. When I brought up my symptoms, she told me I needed to lose weight. It felt dismissive and shameful.

When my symptoms became unbearable, I would go to urgent care or an emergency department. I would tell them why I was there, and they would give me a concoction of pain medication and antibiotics and send me on my way. Over time, my blood pressure began to skyrocket. I am not even thirty now and while I knew I was overweight, I felt like there was something more serious happening to my body.

Other people were noticing too. I remember walking slowly down the hall at work one day because the pain was nearly intolerable and a coworker stopping to ask me if I was okay. Another day,  I was eating lunch with my best friend and before we made it back to the car it looked as if my stomach had tripled in size.

I could not get answers because I could not afford a regular doctor to give me continuous care. Emergency departments and urgent care are not meant to diagnose, their purpose is to stabilize critically ill and injured patients and send them home or step them up to a higher level of care. However, I was one of the  1,000,000 plus North Carolinians that are forced to use emergency and urgent care facilities, to treat an illness that required time and thoughtful diagnosis by a regular care provider.

One day, I woke up and I was unable to walk. I could not lift myself from the couch that I was sleeping on without being in the most excruciating pain I have ever felt. I had spent the night at my friend’s house and after an hour of trying, we called an ambulance. I wanted nothing more to stand up by myself and have my friend drive me to the hospital because I knew I couldn’t afford an ambulance bill.

After arriving at the hospital, a doctor ordered imaging. If you have ever been to an emergency department you know that everything takes forever, but in less than 20 minutes three doctors entered the room and told me they had found a “mass” and that it appeared to be quite big. I was admitted and I spent the night.  I was scheduled for surgery a week later. It took me six weeks to heal. While the pain made it one of the worst days of my life, I finally was receiving the healthcare I had needed for so long.

While my healthcare story is about the struggle to get the care I needed, it is also about racking up enormous bills. Multiple visits to the ED’s and urgent care. The ambulance rides. The nights spent at the hospital. Surgery. Pathology. Prescriptions. Follow-ups. While my body is mending, six figures of medical debt could last my entire life.

The experience was needlessly traumatic: If North Carolina had joined the rest of the nation in expanding Medicaid, I could have had coverage. The medical issues could have been addressed sooner with less impact had I been covered with some form of health care. On top of it, I sat alone in the hospital not just in pain and scared for my life, but also wondering how I could possibly afford this… I am still experiencing the financial repercussions of a surgery that was necessary two years later and it makes me angry to think that legislators think hard-working folks like me do not deserve a basic human right.