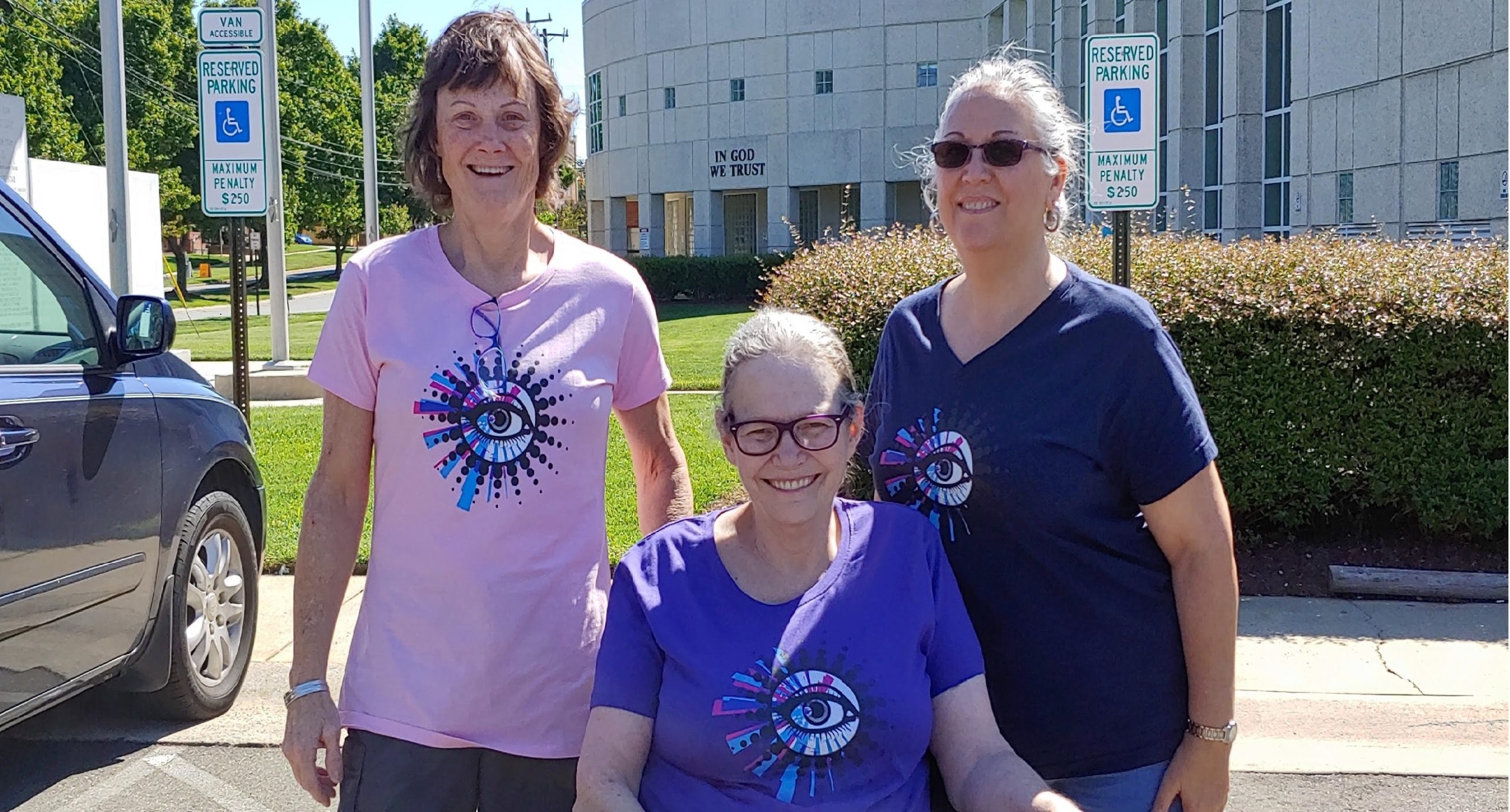 Down Home took a few minutes to talk to Down Home Alamance members and local residents Lisa Rowden and Lorraine Werts to learn more about the chapter’s court watching program and bail fund.

Down Home: You both have been involved in Down Home’s Stop Criminalizing the Poor work for a while now. How did you get involved?

Lisa: Incarceration, and especially mass incarceration, in rural counties is just not part of any mainstream conversation about criminal justice and rural growth and rebounding. But living here, you see it everyday. The consequences are just as real here for poor people, black people, brown people, and anybody who’s been arrested and incarcerated in the smaller towns in rural America.

Lorraine: I knew the statistics about the system, about race, and poverty– and now I have seen it here in Alamance County. I have lived both very comfortably and very poorly so I understand that when you don’t have any money or back up system how a bad situation can compound very quickly. It seemed to me that we needed to find a way to address that and even the playing field in Alamance.

Down Home: What do you see happening in Alamance County?

Lorraine: When you walk into a courtroom here, as a lay person or as part of the Court Watch team, the most obvious thing is the racial and gender inequality. That pretty much jumps out at you immediately. The statistics all back that up. Not only is it unfair and unjust, it doesn’t serve Alamance County well.

Lisa: Through our court watching program, we have seen that the trends and patterns that exist in Alamance county very much mimic the data that is out there for the entire country. A quick way to sum all that up would be this: Poor people are detained pre-trial at much greater rates than the wealthy. The defining characteristic of someone sitting in jail today is that they are poor, not that they are convicted. It is as if you must earn some respect first because you’re poor versus automatically be given it because you’re not.

Down Home: You both mentioned the Down Home North Carolina Court Watch program. Can you say more?

Lorraine: We started the program about a year and a half ago. We are all volunteers– just local people concerned for our neighbors. After a while we realized that our data pretty much corroborated what we already knew. Then, our primary focus shifted to making the court players aware of our presence while we continued to collect the data.  I think that it puts them on notice. There is not a court stenographer in District Court in Alamance County, so these judges could basically say and do what they want to without documentation. Now, they have us sitting there writing furiously and they have no idea what we are recording.

Lisa: Our court watching program began as a way to support and validate data which was already available throughout the country which indicates that poor people, black and brown people, and those of limited means are stuck in local and county jails before being proven guilty of anything simply because they did not have the resources to bail themselves out. We decided the best way to support current data was to begin gathering data of our own in our local courts also helping to identify trends and patterns within the system.

But equally, if not more important is just to be present in order to support folks who have been taken from our community and thrown into the judicial process. We also want to make sure that those that are involved in this process (prosecutors, judges, defense attorneys etc.) are aware that the public is interested and that we are watching the local system in order to learn more about the process. I don’t think that is expected, especially in a rural community or small town.

Down Home: Our members have also created a bail fund in Alamance County. How did that come about and how does it work?

Lisa: When Down Home Alamance came together to plan and coordinate where our efforts would be spent in 2019, the bail fund became one of our top priorities. To be honest, few of us had an educated, personal, or even substantial knowledge of the system, but when presented with the inequities and the realities of such a system in our own towns became apparent, it not only became a priority for many of us but a passion which has few boundaries. We are very proud that this fund is actually the FIRST rural bail fund in the USA.

We raised the money to get it off the ground. It’s a revolving bail fund, that’s how it works: Money goes out, individuals satisfy the requirements and money is returned to the fund to be used to help ensure another person makes it through the system.  Oftentimes a person who has been bailed out is able to maintain their job, continue supporting their family, able to pay their bills, including rent, and not lose their children to the system simply because they were able to pay. A small amount of money can make a huge difference in their life.

Lorraine: The system hinders poor communities in that it is now a for profit scenario. There are a lot of fees and costs to getting arrested: Court fees, attorney fees, bail. If you cannot pay these costs in a timely manner, you are in violation of your parole/probation and the cycle begins all over. The system is designed to keep people without means in a revolving game forever unless there is some type of outside intervention. Non poor people are inconvenienced and lose money but their lives go on. They do not lose their jobs, their homes, their families and because they can afford an attorney and bail they are more likely to be acquitted. The Down Home bail fund is a simple way to help get some people out of that cycle and create equity– until we can make a bigger change in Alamance County.

Lisa: The fund so far has helped seven individuals, four of which have come to fruition and funds have been returned to the fund. The remaining three cases have been continued due to the COVID-19 pandemic. But as of right now, we’re batting 100% and will continue to do this work until there is no need for this work.

Live in Alamance County? Want to get involved in our organizing?